An Analysis of Ferguson PD Dept. of Justice Report

The report includes information on conduct and the court system concerning the unrest in the Missouri city. 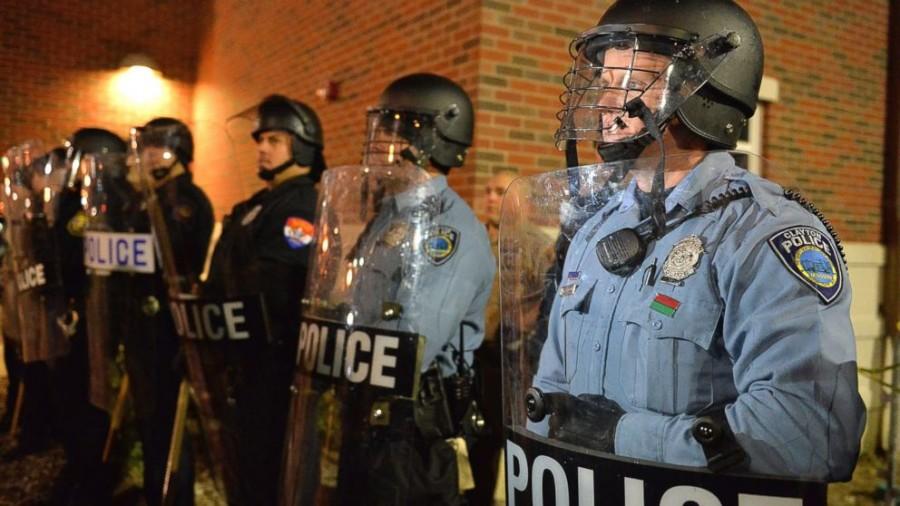 (Courtesy ABC News) Ferguson police officers in riot gear during one of many protests following the death of teenager Michael Brown.

The Civil Rights division of the Dept. of Justice (DOJ) released their report on the conduct, or perhaps misconduct, of the Ferguson PD, as well as the flaws in Ferguson’s court system. The entire 102-page report provides a damning criticism of the entire Ferguson PD.

The information was compiled from interviews with local residents, police officers, and other civil servants. Information was also gathered largely from the DOJ’s own independent investigations.

The most problematic allegations included the overuse by police officers of the “failure to comply” charge when apprehending suspects, over ticketing, and racial bias against African-Americans. However, Mr. Leonard Hill noted the fact that a person will do everything in their power to control a difficult situation.

Hill said “I believe that that the failure to comply issue is significant. However, in tense situations, whenever you’re dealing with emergencies…it’s understandable that an officer is going to do whatever he or she can to establish safety…I can understand the failure to comply use [sic], and yes, some officers may need training, but whenever you’re trying to suppress or quell a tense situation, a human being is going to do everything in his power to handle that.”

“In Spotsylvania and other places…there are deputies out there trying to get their tickets, so I think that’s a common issue.”

Out of issues like over ticketing and local court misconduct, Hill identified racial bias as being the most serious example of misconduct in the Ferguson PD.

“Generally, racial bias would be the most significant to me, because…it suggests that somebody is predetermining or prejudging someone as being suspicious, and that should not be determined by any stereotypes at all, or any generalities at all. I tell students all the time, you can have two or more siblings come from the same parents, and those siblings could be totally different from each other, so it would be ridiculous to assume that people who happen to be the same ethnicity…are going to share any commonalities at all.”

The Ferguson PD’s system for documenting incidents, especially incidents in which force is employed, was also found to be lackluster. Dozens of the reports written by police and supervisors alike are vague and unspecific, and made it difficult to understand what actually occurred.

Hill said that it would be difficult to know if this was the result of incompetence or attempts to cover up misconduct, but that if it was the result of an attempt to cover up misconduct, such as racial bias, than it may be because of the supervisor’s attempting to protect the police officer from punishment, but that it was still impossible to know.

“I don’t know about the Ferguson Police Department, but if there are excessive instances of racial bias…then it’s not too far-fetched to believe that maybe, the supervisors were concerned for the well-being of their subordinates [the police officers]. But I hate to stereotype also, so I don’t know.

The DOJ also identified how Ferguson’s local courts had a tendency to issue arrest warrants for offenses that did not call for one to be issued. These offenses included missed fine payments and missed court appearances. Hill reiterated the problematic nature of arrest warrants being misused, and reiterated that if it has a connection with racial bias, than it is an issue that needs to be addressed.

“My personal opinion is that people should not be arrested for minor offenses, and if they’ve been disproportionately arresting minorities for minor offenses, then that suggests that there is racial bias there, and it shouldn’t happen,” Hill said.
It’s difficult to know for sure what the next step ought to be when dealing with complex issues such as police brutality, especially with the recent riots that recently occurred in Baltimore, but it is undoubtedly true that we must take our next steps with caution and prudence.