Where, Oh Where, Is My Bus? 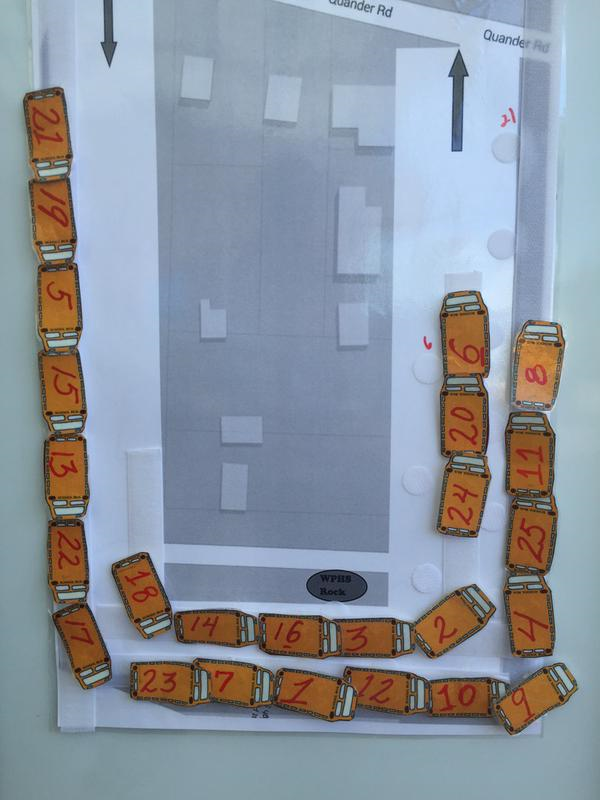 When the bell rings at 2:55 pm, students at West Potomac usually know where to go. As usual, their bus is at the same spot it has been since first day of school. This year, because of later start times, buses drop off students from Carl Sandburg Middle School first before going to West Potomac.  As a result, buses change positions every day. Students who ride the buses home seem to dislike the changes.

“I have to wait for a while and it’s very annoying because you have a long day at school and you just want to go home,” says senior Radwan Mohamud.

The same goes for junior Destinee Parker. “It makes me upset because I don’t know where it’s going to be,” she says. “I have to wait for a very long time.”

“The new bus schedule frustrates me a lot and it’s very annoying trying to find my bus everyday. Also, I have to rush finding the bus after class because I don’t want to miss it,” answers Robert Sanchez, a junior.

Some buses stay in the same position but come in later than usual.

“My bus stays in the same area but it always comes in late,” says senior Raveen Sianda.

For others, looking for their bus is less challenging.

“It’s not that hard, you just have to look around. It’s just confusing,” says freshmen Dominic Calisti.

Although there is a bulletin board by Quander which shows the bus positions for the day, many students find it useless.

“It makes me really angry because I have to waste time to find my bus and sometimes the teachers aren’t helpful enough, they don’t even know where the buses are, so how am I supposed to know where the buses are, that time we could already been in the bus, already leaving so I could do my homework,” says freshman Ella Dans. “We spent 30 minutes trying to get people on the buses which I think is very stupid. They should be in order everyday so we know where to go. My friends have missed the bus and they have to walk home and that is tragic. That is not okay.”

With these changes, security has been impacted. They have to stay outside before and after school and monitor the buses.

“It’s just the way it is,” tells administrator Laura Moore. Moore also handles the school buses. “We just have to adapt to the students needs.”