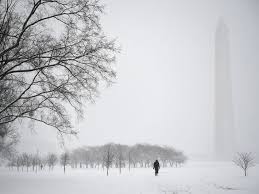 When Snowstorm Jonas first began to pound the Washington D.C. area on the night of Jan. 21, one fate became inevitable for student events scheduled during the weekend and beyond. All the effort, fun, and activity would have to be either cancelled or postponed until the road conditions were safe. Unfortunately, Snowstorm 2016 came during a weekend of plays, SATs and only two weeks from the end of the second marking period.

The snowstorm also was the cause of a week’s worth of school cancellations, and student events planned for the week and beyond. This included the ”arts extravaganza,” where art and music students looked forward to showing off their work, which would be showcased in Springbank.

“I was half disappointed [that the orchestra’s performance at the Art Extravaganza was postponed] because [the orchestra] has been looking forwards to it since the beginning of the year,” said senior Jan Saracum, who plays violin. “[We] already had ideas on how we were going to show our audience what we meant as an orchestra and our passion.”

However, she mentioned how the lack of activities at the end of the quarter actually had a plus side.

“On the other hand, the end of the quarter was so close, it was convenient because a lot of people would be extra stressed and it could’ve impacted our performance, which would change our audience’s experience,” she added.

Below are all of the events and games that were affected by the snowstorm, listed in order of reschedule date.

-SAT- originally scheduled for January 23rd, now to be given February 20th