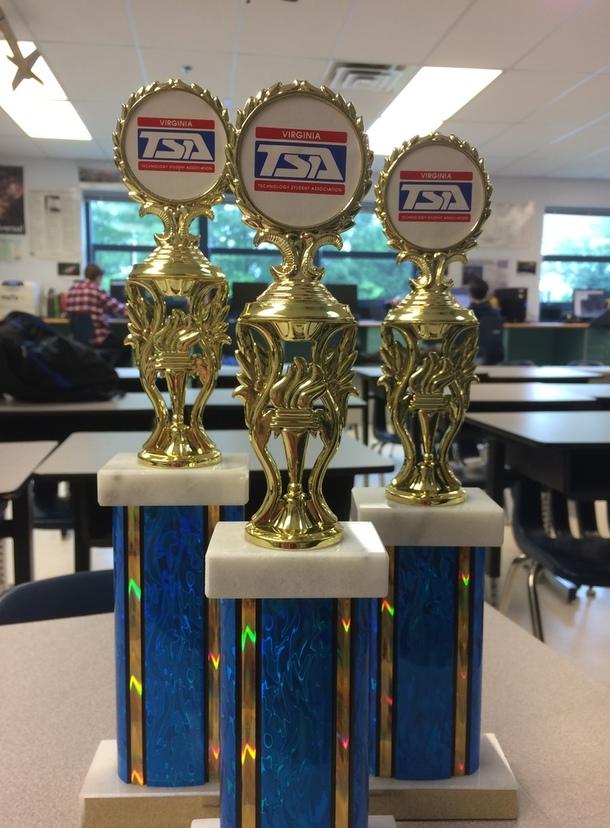 Earlier this month, from May 6-8, high school engineering students from all over Virginia met at the Technology Student Association States Competition, also known as Technosphere, in order to test their technological prowess. Participants could take part in a wide variety of  challenges, including competitions in the fields of biotech, animatronics, fashion design, and video game design.

One of the teams competing in the event was none other than the West Potomac High School TSA team, who had been working hard on their Technosphere projects since October. Two of the members on this team are senior Sana Khan and sophomore Maryam Ali.

“It was really just a good time,” Maryam said. “Just a bunch of kids from all over Virginia trying to do some technology competitions.”

However, it wasn’t just a good time for the WPHS team. They were nominated for the semifinals in every competition they participated in, which meant that they were in the top 10 in each event. Out of those events, West Potomac was able to place third in children’s stories, third in animatronics, and second in transportation modeling.

Although Sana and Maryam admittedly weren’t overly enthusiastic about the rankings that the TSA gave some of the WPHS projects, they were still proud of their accomplishments.

“It was great,” Sana added. “We got to do some team building, which is always good.”

Sana hopes that the engineering classes of future years will be able to achieve even greater things than her class was able to at this year’s Technosphere.