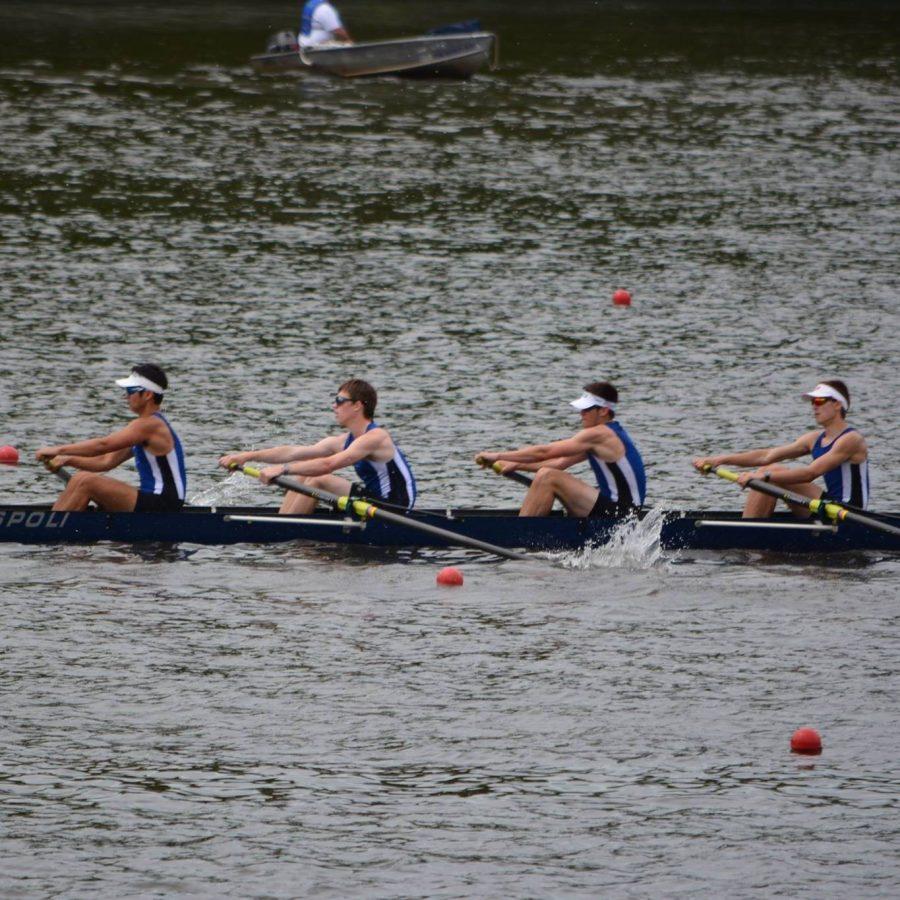 On Saturday, May 14, West Potomac Crew’s men’s JV4 boat received fourth place out of all the heats (qualifying races that determine who goes to finals), at the Virginia Scholastic Rowing Championship Regatta at Occoquan Regional Park.

Neither the men’s nor the women’s JV4 boats were able to row in their finals due to severe weather.

After missing the third place to T.C. Williams High School by a few seconds, the West Potomac rowers received news that they would be able to compete at the 2016 Scholastic Rowing Association of America (SRAA) National Championships Regatta in Ohio after T.C. Williams pulled out of the race.

The men’s JV4 boat consists of juniors Kyle White (captain), Logan Lynch, Jonathan Middleton, Reece Hagler and Tyler Hawley (coxswain). However, Liz Oakeley, a rower on one of the novice boats, coxed the JV4 boat at the state championship.

West Potomac Crew’s women’s 1V4 and JV4 along with the men’s JV4 boats are now qualified to compete at the SRAA National Championships in Zanesville, Ohio on Friday, May 27.