Odyssey of the Mind Team Places 15th in the World 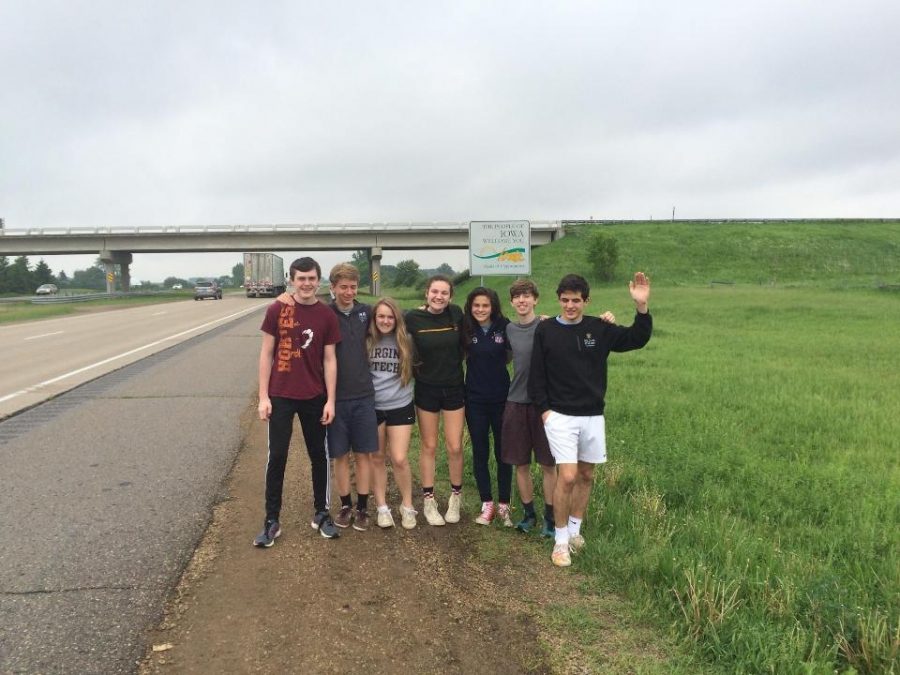 West Potomac's Odyssey of the Mind team competed in Iowa this past week.

This past week on May 25-28, West Potomac’s Odyssey of the Mind team travelled to Iowa State University in Ames, Iowa to compete in the 2016 World Finals. The team had already won 1st and 3rd at states and at World’s, competed against over 35 different countries and ended up placing 15th overall in the world.

“We went into [World’s] with the goal of doing a world-class performance,” said junior Maddie Finn.  “That means that [our performance] has to be extremely well rehearsed, our props and sets have to look good, and our technical aspects have to work out.”

The team’s performance consisted of two problems that they had to come up with creative solutions for.  They completed their solutions to these problems, which they had been rehearsing since October 2015,  against other nations.

The two problems were one in the category of Balsa and one the category of Vehicle. For the balsa problem, the team had to create a balsa structure that could only weigh less than 15 grams, but had to hold as much weight as possible.

Then, for the vehicle problem, the team had to develop vehicle that had to pick up items from one “ecosystem” and then make them fit in another “ecosystem”. Odyssey of the Mind is about creative problem solving, so unique problems like the Balsa and Vehicle were not uncommon.

“It was a little difficult…because we had to make costumes, sets, props, and the vehicle with less than $145 and with no help from anyone outside the team,” said Finn.

Though they had some difficult problems, West Potomac’s team came up with some creative solutions that did well against the other teams.

“[The team is its] own toughest competition,” said coach Terri Bell. “It comes down to how a team performs on that day.  Getting– and staying– in the right frame of mind for a competition makes all the difference.”

Despite the competition, the team was given the opportunity to work with a “buddy” team from a different country.  West Potomac’s team got to work with the team from Berlin, Germany.

“We love our German buddy team!” said freshman Jackie Amacker. “They are the sweetest people ever.  The best part [of having a buddy team] was asking questions and learning about each other’s cultures.

Working with people from different countries is just one of the many features of Odyssey of the Mind.

“[Odyssey of the Mind] is a great way to stretch your mind and take pride in what you do,” said Finn. “You also learn to work as a team!”

Odyssey of the Mind also provides critical thinking skills that are helpful in every aspect of life, even future employment.

“In school today, you don’t have many opportunities to actually think. Odyssey of the Mind provides opportunities to learn skills like collaboration, communication, and critical thinking,” said Bell.