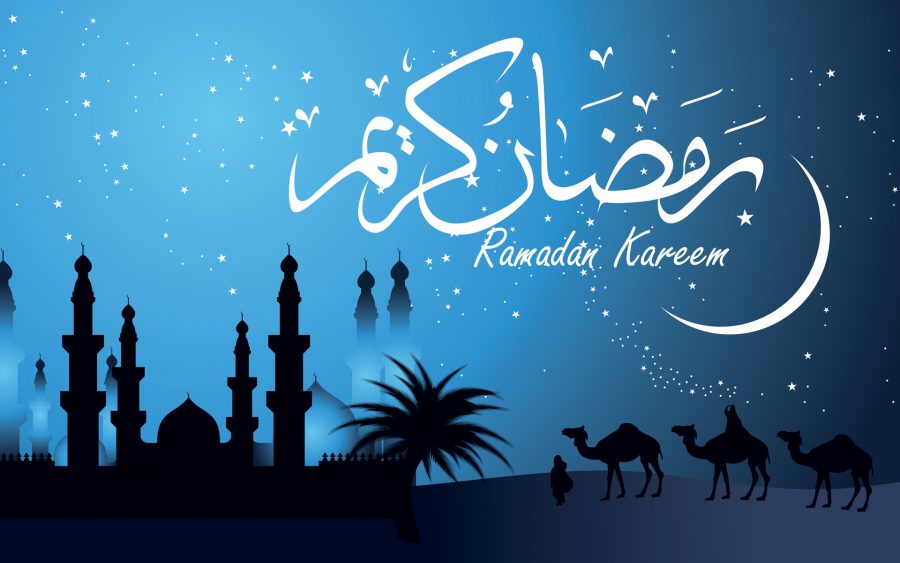 As Summer approaches and the weather gets hotter and hotter, most students would want to indulge in sweet and tasty treats. This isn’t the case, however, for many of the Muslim students at our school, who fast for the month long Islamic holiday Ramadan,which began Sunday evening (June 5th) in accordance with the Lunar calendar.

According to history.com, Ramadan is a holy month of fasting, self examination, and prayer, and is believed to be one of the five fundamental principles of Islam. Muslims do not eat or drink during the holiday from sunrise to sunset. Not only are they not allowed to partake in any kind of food or drink, but they are also encouraged to avoid all kinds of gossip, arguments, music, and sexual encounters. The end of Ramadan is celebrated with a three day festival “Eid al-Fitr” that is considered to be one of Islam’s biggest holidays.

Before dawn, meals usually consist of bread and some variation of eggs, and the fast is broken at dusk with a date. Regardless of cultural or regional differences, junior Suferah Khan said everyone celebrates Ramadan the same way.

Khan, who has been fasting since she was 14 said, “My favorite part of Ramadan is probably seeing everyone at the mosque and other friends that live of out of that state who I don’t get to see often.”

She wants other people to know that it’s not rude to eat or drink in front of someone who is fasting. Khan will only be coming to school from now on when it is most necessary, and said that the school is quite accommodating of students who fast.

“They offer a pre-arranged absence form so if you don’t want to come in while you are fasting then you can just request it,” she said, adding that the hardest part of Ramadan for her is not being able to listen to music.

For other students like sophomore Fatima Zia, Ramadan brings a different kind of challenge.

“I started [celebrating Ramadan] when I was about 11 or 12, but up to this day, I haven’t participated in all 30 days,” said Zia, who only fasts for about 17 days. “The hot weather makes me sweat and thirsty so I feel faint all the time,” she explained.

Junior Iman Aziz says, “My favorite part of Ramadan has to be all the sleep I get; I tend to sleep more. I have a huge family so I love it when they all come over and we have dinner together, or before we have to begin our fast, all the cousins and I will go to iHop at like 4 am.”

Aziz, who has been fasting since the age of 11, also added, “What I want others to know is that I am not being forced to do this, I do it by choice, and it’s actually not that hard. As I continue to do it for one month every year, it gets easier and easier.”

Although Ramadan is mostly known for fasting, the whole purpose is for Muslims to appreciate everything they have from their god, by giving it up for the majority of the month. It is a time to reconnect with their faith, and is centered around charity for others.