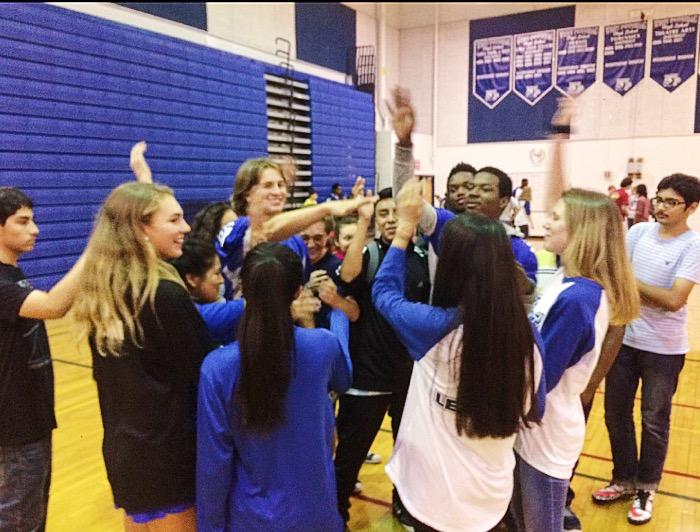 The 2016-2017 school year at West Potomac High School introduced a multitude of new initiatives, one of which is the Mentorship Program. This project is designed to provide a welcoming, safe high school environment to ensure the comfort and success of the freshmen. One mentor will be assigned around 6 freshmen and they’ll meet during their PE period once a month to talk about life as high school students.

“From parent and student feedback, [the faculty] realized that it’s a really big transition for freshmen to come from Sandburg to such a gigantic place like West Potomac,” said Lyttle in an interview.

This difficult transition is “setting them up for overall behavioral issues or mental health concerns,” Lyttle stated.

With this problem in mind, Case came to Lyttle in winter of the 2015-2016 school year and, due to her experience with adult mentorship, asked if she would begin preparations for the new program. Lyttle went to McLean, where the project has been in place for 12 years, to speak with an assistant principal there. The program was then tweaked to fit West Potomac logistically, and it was time to select the mentors.

Lyttle asked the staff to choose a few individuals who they deemed fit for the job. Lyttle was looking for a “diverse group of individuals… not only straight-A extroverts, but anyone who would thrive in a small group of freshmen.”

One of the mentors chosen was senior and student leader Hannah Monroe. She defines her purpose as “to help them navigate the school, get them more involved in school events, and show them the ins and outs of West Po.”

Senior mentor Liam Houlgate contrasts this experience to his own as a freshman: “I never had something like it when I was a freshman… I think it’s great that they have a support system like our mentoring program.”

These optimistic claims are supported by science.

“Research shows that the more people a student can connect with, the greater chance that the student will be successful, not only academically but in their overall wellness,” Lyttle says. She acknowledges that high school is about a lot more than just grades, and that overall health and wellness is crucial.

As for the actual experience with mentoring thus far, the reviews are positive.

“All the mentors are really passionate about helping the incoming freshmen; it’s a very refreshing environment,” As Monroe explains it.

She commends Lyttle on her leadership: “Everything has been very organized and well communicated to the students.”

Most freshmen seem to be immersing themselves in the initiative.

9th grader Jenifer Silva Lazo says, “My experience was positive because my mentor explained a lot of things I didn’t get.”

Elyse Walker felt accepted: “It was good to have an upperclassman that has your back and can answer your questions.”

Bryan Iraheta likes the program because it “gives us a heads up on what high school is like and what the expectations are.”

Despite these successes, the pioneers of the program recognize its faults.

“There are some technical things that I think will smooth out as we go on,” admits Houlgate.

Some freshmen enjoyed their mentoring session but felt that the program needed some tweaks.

“They should do it more often because a month is a long period of time and students might fall off track,” suggests freshman Karla Rosales.

Little recognizes that although it’s for the greater good, many freshmen will not be wild about the new project. She expects “one third to love it, one third to cooperate, and one third to hate it.”

Quaronde Bennett stands in the middle third, stating that although his mentor was nice, she “had no effect” on him.

Although she expects some backlash, Lyttle stands firm in her commitment to the initiative and hopes for numerous improvements regarding academic performance, attendance, and discipline behavior. 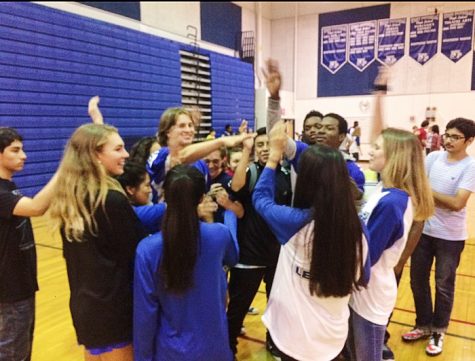