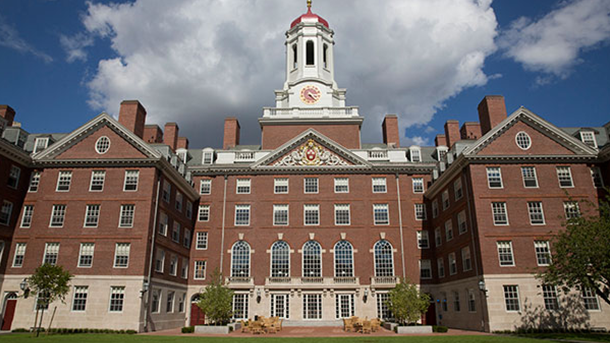 College Confidential user "IWouldDieForHarvard97" was devastated to be denied from the university.

No one is perfect, especially at age 17. However, to get into colleges, you have to be. Colleges that appear at the top of U.S. News and World Report’s 2016 are, undoubtedly, impossible to get into for flawed human beings. This was the reasoning behind a new rule to not accept at all at the Ivy League schools, released last year.

“We did not accept any applicants this year into Yale University’s Class of 2020,” said one Yale admission officer who wished to remain anonymous.

“Breaks are healthy, and all Ivy League administrators are in an agreeance that a break in admitting a class is in the best interest of our schools.”

Reaction to this rule was electric on college coaching websites, such as College Confidential. College Confidential features an interactive message board where prospective students can chat with current students at schools and be “chanced” to find out their likeliness of admission.

“I was devastated when other users said I had no chance of being admitted to Harvard,” said College Confidential user IWouldDieForHarvard97, a student from the outskirts of Boston who created a “Chance Me” thread listing all of his achievements. A few of these achievements included an 8.0 GPA, being captain of every sports team offered at his high school, and a brief mention that he found the cure to cancer at age 11.

“However, the Chance Me told me extracurriculars were lagging, so it was unlikely that I would be offered admittance. ‘Chance Me’ threads are always right, and [finding out about the new Ivy rule] confirmed this believe.”

Though the Ivy Leagues did not accept any students into the class of 2020, current seniors have no need to fret.

“We might consider accepting robots in the place of humans for our class of 2021,” said an admission dean at the University of Pennsylvania.

How is the Ivy Rule affecting other schools around the country?

“We are completely embarrassed that we gave in and accepted in 2016,” said an admissions intern at one ambitious college located in North Dakota. The school’s acceptance rate last year was 99.9 percent.

“[Our college used to believe in] a holistic approach to prospective student’s applications. [But] there’s just no such thing as a holistic view of an application anymore. In the future, we will definitely be looking at websites like College Confidential’s ‘Chance Me’ pages to make decisions.”

According to the website, all “Chance Me” threads  posted for the school in 2015-16 concluded that the original posters “needed to bring up their test scores, and maybe then they would have a chance.”