A Look at the “Battle of the Highway: West Potomac v. Mount Vernon” 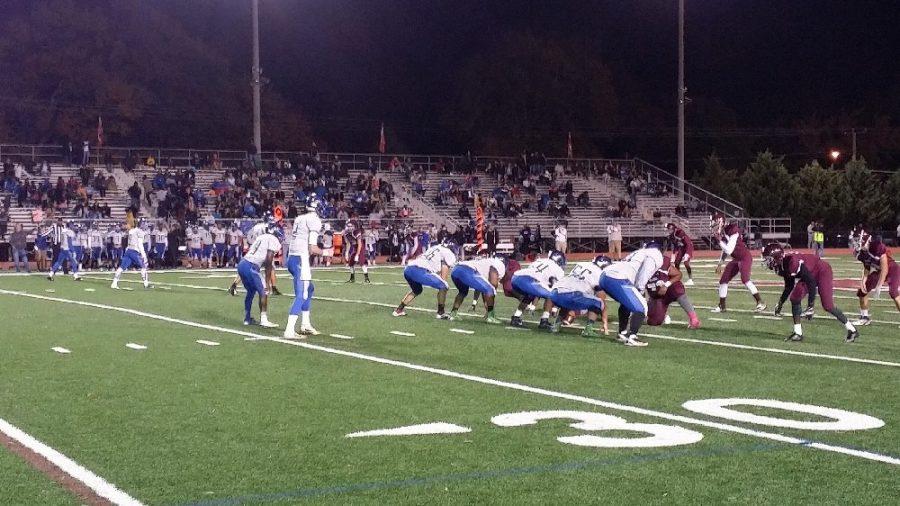 Courtesy of Covering the Corridor

This past Friday, the West Potomac varsity football team faced off against long-time rival Mount Vernon in a head-to-head battle for a playoff spot, with the Wolverines snagging a victory of 45-14 over the Majors.

The rivalry between West Potomac and Mount Vernon has been prominent for the past 30 years and the biggest way it is celebrated is football. There are many aspects that go into the rivalry game between players, coaches and the supporting fans in the bleachers. West Potomac Spirit has played a significant role in order to try to get people excited about the games.

“I mean, the hope is that students feel positively about West Potomac and that’s why they are, you know, supporting West Potomac. Not that it’s like a anti-Mount Vernon thing, but like a pro-West Potomac thing,” stated leadership teacher Nicole Borghard.

Not only does West Potomac spirit try to unify the school, but they also achieve in providing an enthusiastic environment for the athletes.

“I teach a lot of athletes, and they always talk about how they really appreciate it when they have a big crowd, so I think you know some of it is just numbers and noise and getting people there can really kinda hype the team up,” said Borghard.

In head football coach Jeremiah Ross’ perspective, the rivalry stems from the location of the two high schools.

“Location wise … the kids know each other so I think we always have that built in there, we just need to focus on what we need to do. It doesn’t really matter who we’re playing. Each game is important,” said Ross.

Members of the team seem to take a different approach, compared to Ross’ nonchalant attitude. Senior Justice Arthur, one of West Potomac’s defensive backs and kickers, shared his excitement for Mount Vernon games.

“It’s the best game of the season,” said Arthur.

Melinda Hedenberg is an English teacher and our school’s Spirit Leader, but she was also Mount Vernon’s Spirit Leader, and she added the rivalry between the schools isn’t as strong as some think.