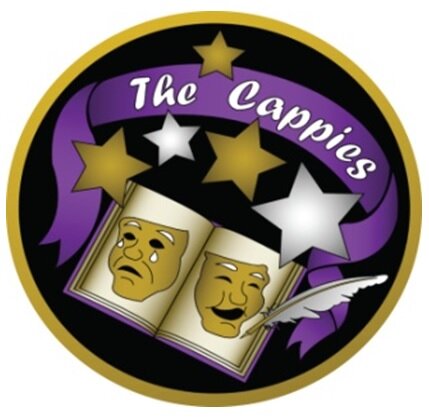 A Christmas Carol, performed by Mount Vernon High School Theatre Arts, is a faithful retelling of the beloved story familiar to us all.  This play follows Ebenezer Scrooge, a cranky old man who loves only money, as he learns how to combat his stingy habits.  Originally written by Charles Dickens in 1843, this performance is a reminder about the meaning of Christmas.

Throughout the story, Scrooge, played by Samuel Zarek, learns to be charitable and forgiving with the help of the ghosts of Christmas Past, Present, and Future.  He leaves his miserly nature behind and improves the lives of the Cratchit family.  In fact, Dickens originally wrote this story to raise awareness of the inequality present in his society.  Mount Vernon’s production provides an uplifting reminder that wealth cannot be measured solely with dollar signs.

Opening the show was the Narrator, played by Jared Diallo.  Diallo was lit by spotlights as he roamed the theatre, bringing the audience literally closer to the action.  Scrooge himself walked the aisles as though they were the cold streets of London, which Zarek conveyed.  Zarek and many others made sure they were heard throughout the theatre without a microphone.

The actors, working in concert with the technicians, produced a faithful retelling of a Christmastime classic.  Erica Bartell manifested the bubbly, quirky Ghost of Christmas Present though numerous acting choices.  This traditional interpretation contrasted the calmer Ghost of Christmas Past (Monica Caceres).  Caceres complemented Zarek during their scenes together in Act One as well.

On the other side of prosperity, the Cratchit family worked well as an ensemble and showed that even without a lot of money, happiness can be found through love.  The entire family played off each other, reacting to the actions of others onstage.  Overall, actors conveyed the feelings of their characters to the audience.

The true value of this show is in the attention paid to every aspect, big or small.  Each and every set piece was carefully made to look worn, a process that takes a lot of time and care.  Desks and chairs had multiple shades of brown and even green or yellow mixed in to create the illusion of wood.  Makeup design drew inspiration from death for the mute Ghost of Christmas Future (Malachi Curtis), an interpretation which was backed up by costuming and the ominous tolling of bells, part of the original music and sound effects created by Paul Hiniker and Christopher Tait.  The score, which drew inspiration from a wide variety of sources, added a contemporary touch to the play, which was set in a much later time period.

Nearing the end of the play, Scrooge is confronted with the reality that he will die.  His tombstone, made of plain marble, reminds us that all men are equal in death.  Scrooge wakes up on Christmas Day and realizes that he can make a difference in the lives of the Cratchit family.  Love triumphs over greed by the end of this touching story about the difference one can make when they open themselves up to others in their life.