This article was previously published in the December 2016 issue, "A Year in Review." 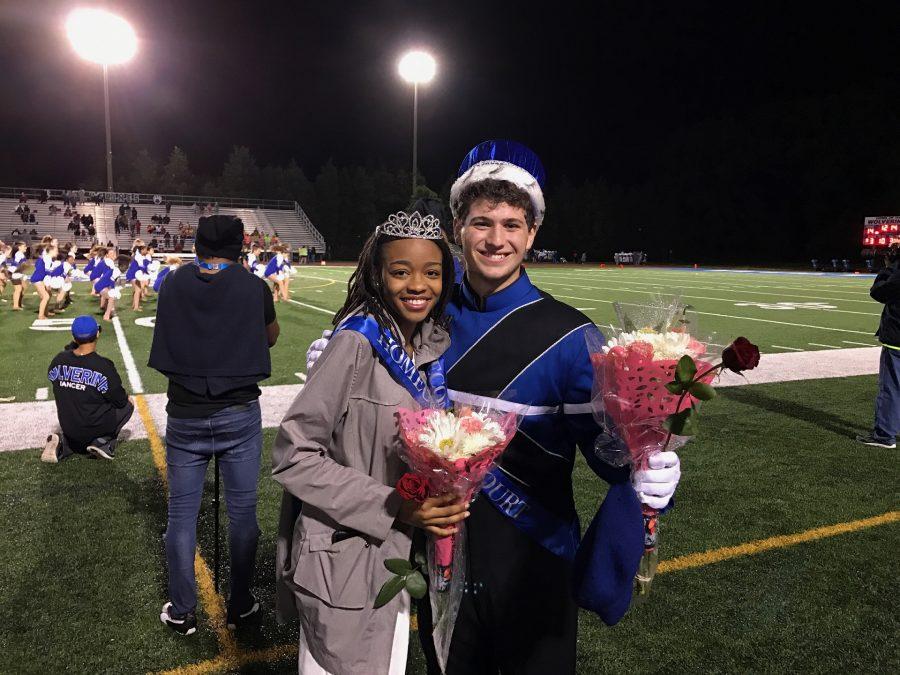 Homecoming Week is perhaps one of the most coveted weeks for high schools. A week full of spirit days, the pep rally, and school spirit ended with the announcement of Homecoming Court and football. On October 21, seniors Nasim Al-Saadawi and Raelyn Davis were crowned Homecoming King and Queen.

To win the title of Homecoming King or Queen, seniors ran elaborate campaigns to catch the attention and votes of their classmates. These Homecoming Court-hopefuls tried everything to gain favoritism from making campaign election videos to passing out candy.

“I believe that I made running for homecoming king more competitive than it needed to be,” said Al-Saadawi.  “I put up posters, passed out candy, and had my friends spread the word through Twitter, Snapchat, and in class.”

For Homecoming Queen Davis, a win was not expected.

“I am so new to the school that I didn’t think I would get that many votes,” said Davis. “Something that I think set me apart from other homecoming nominees is that I have such a wide range of friends and associates because I love getting to know new people and more about their cultures and this has caused me to meet a lot of wonderful people here.”

Both winners felt ecstatic when the results were announced during the Homecoming football game, against T.C. Williams.

“I remember being so excited when I heard my name get called,” Al-Saadawi said. “I felt great because I was able to get so many votes. I also felt so grateful for having friends to back me up. I can say without a doubt that it was my friends who were the deciding factor in the vote…The dance was exciting for me because a lot of students that I didn’t know wanted to take pictures with me.”