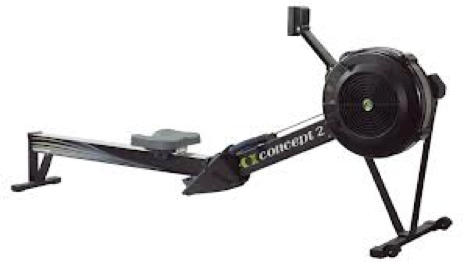 November 28th marked the first day of winter conditioning for many sports, introducing to crew members, the ergometer. What originally started off as a medieval torture device slowly became a way for rowers to train when conditions prevent rowing on the water. The erg was designed to work the same muscles, you work in the boat with the convenience of not having to go on the water.

Opinion has been split over the erg for a number of reasons, including those that are technical. What the piece being rowed is or how long they have been rowing — just to name a few.

“I dislike erging, even if it can help your form,” says freshman Donovan Davis.

Erging is incredibly important to first year rowers like Davis to learn technique before they step into the boat, where poor technique can lead to potential problems.

For seniors like Ethan Walker erging becomes more of a way to better technique and to build up strength in the offseason.

“I prefer rowing in a boat more than the erg, you know obviously the boat is more realistic and in the boat you actually get a sense of accomplishment… you are actually going somewhere. Whereas on the erg you are just counting down numbers on a screen,” said Walker.

The enjoyment of erging also depends on the piece being rowed.

Senior Juliette Burcham explained 250 meter sprints are her favorite because she can really drop her split (the amount of time it takes to row 500 meters, used to show the power of the stroke) without having to worry about endurance.

Although erging is not every rower’s favorite activity it is a great way to stay in shape and learn the technique. And the payoff of getting to row on the water is really what crew members are working towards.