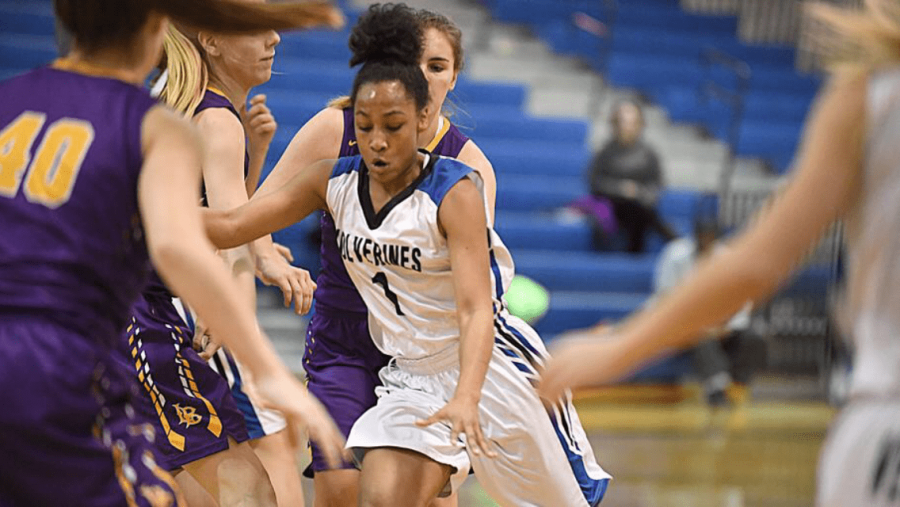 Save the date, because this Friday is the West Potomac girls basketball youth night. The Freshman, Junior varsity, and Varsity teams will be playing the competitive W.T. Woodson High School. Festivities will kick off at 5:45pm for the start of the Junior varsity game, with the Varsity game following at 7:15pm.

All youth wearing their Fort Hunt basketball jerseys get free admission. Although, that is not the only incentive to join the team Friday. Lots of games and activities have been planned for the crowd. The first 15 youth that show up for support in their Mount Vernon Lee, or Fort Hunt basketball jerseys will have the opportunity to take pictures with the Varsity team at 6:00pm. Additionally, all girls Varsity players will sign autographs on pictures after the game.

Contests and giveaway have been planned as well. First off, there will be a 50/50 raffle with the winner announced the third quarter of the game. The Pom squad will perform, and following there will be a 3-point shooting contest at halftime. Giveaways and prizes will occur throughout the games. And if that isn’t enough, taco-in-bag will be offered at the concession stand. Plus, lots of other snacks and drinks.

Come on out to West Potomac girls basketball Friday night. Show your support for the Girls basketball program as they play W.T. Woodson high school at 5:45pm and 7:15 pm!