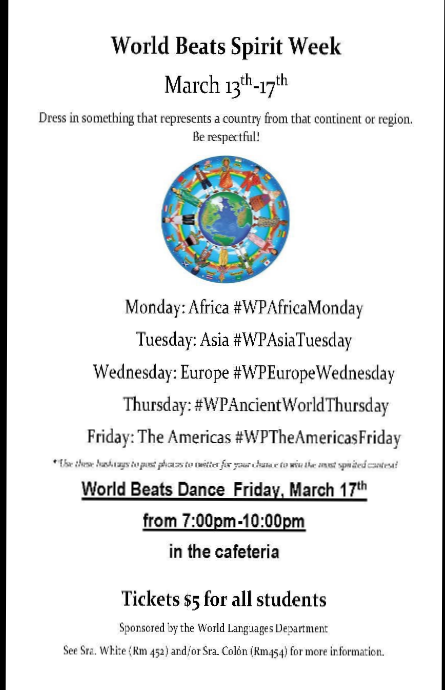 March 13 marked the beginning of the World Beats Spirit Week sponsored by the World Languages Department. The Spirit Week included dress-up days to represent Africa, Asia, Europe, the Ancient Worlds, and the Americas. During the Spirit Week, the Spanish Club used a large poster to allow students to share their various languages and cultures. The poster was made open to all students in the cafeteria throughout the week as it gained a collection of names and messages.

The poster received signatures throughout the duration of the spirit week from students of various ethnicities who’ve displayed not only their name, but their countries of origin and spoken languages as well. Countries from several different continents were present on the poster such as Mexico, Guatemala, England, Switzerland, and Pakistan.

West Potomac High School was previously stated as “One of the most Diverse High Schools in the Nation” at the March Fairfax County Peace Awards.

The spirit week concluded with a World Beats Dance which was held in the Cafeteria on Friday, March 17. 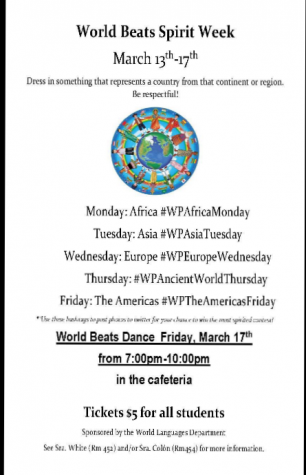