Beyond the Page Wraps Up “Theatre in Our Schools” Month 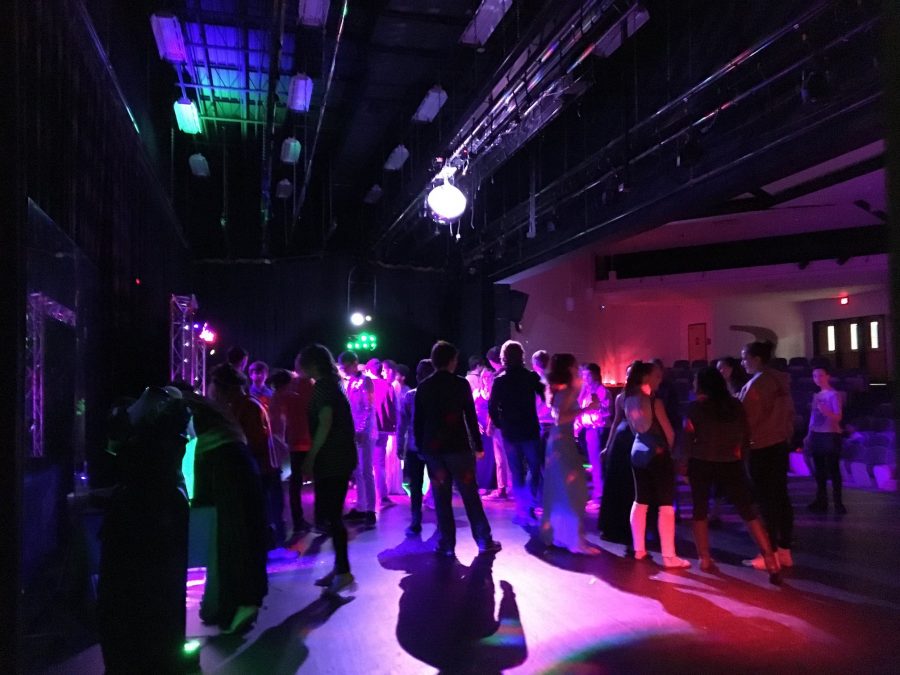 For the month of March, the Beyond the Page Theatre Company participated in “Theatre in our Schools Month” for the first time in years.

“We’re at a place where we have enough energy and time to take on an initiative like this,” theatre teacher and director Phillip Clark said. “And the people willing to do it.”

The program’s goal is to promote awareness of and encourage participation in theatre programs.

“I remember seeing some post about what percentage of school’s offer theatre at all and it felt way too low, at least from my perspective,” junior Jonathan Barger said. “And with how loving of a place theatre can be I felt…I wanted it to be higher than it was.”

Barger is referring to the department’s social media outreach, which involved posting daily facts about the effects of theatre education. Along with daily facts, personal narratives from students about theatre’s effects were posted as well.

“It took all of us.. it was a lot of people. We had two or three students working on each project,” junior and foreman of the initiative Adrianna DeLorenzo said.

Among the many projects students completed was creating posters that highlighted jobs available within the industry, organizing materials for presentations on theatre education, reaching out to professionals in the industry, inviting public figures, such as local politicians and dance figures, to Billy Elliot their spring musical, and creating the Standing Ovation award, which recognizes a faculty member and a politician for their contribution to theatre.

“We contacted a lot of people who were in School of Rock on Broadway,” junior Josh Turner said. “We got a video from the person who played Whatshername during American Idiot.”

In addition to raising awareness of theatre programs in school, students also participated in the Folger Library’s Secondary School Shakespeare Festival, where students acted in and directed a version of Macbeth.

“When I went, I was directing, and it’s such a fantastic story especially working with [Julian Worth] the whole process just really made me think more about the directing aspect of plays,” Barger said.

To wrap up the month, theatre students held an 80s themed Drama prom, or “Drom.”

“I’ve been questioning do I even want to be a theatre teacher anymore, and when we joined this initiative, it reminded me of why I do this and so there’s a whole new spark in me from just doing this,” Clark said.