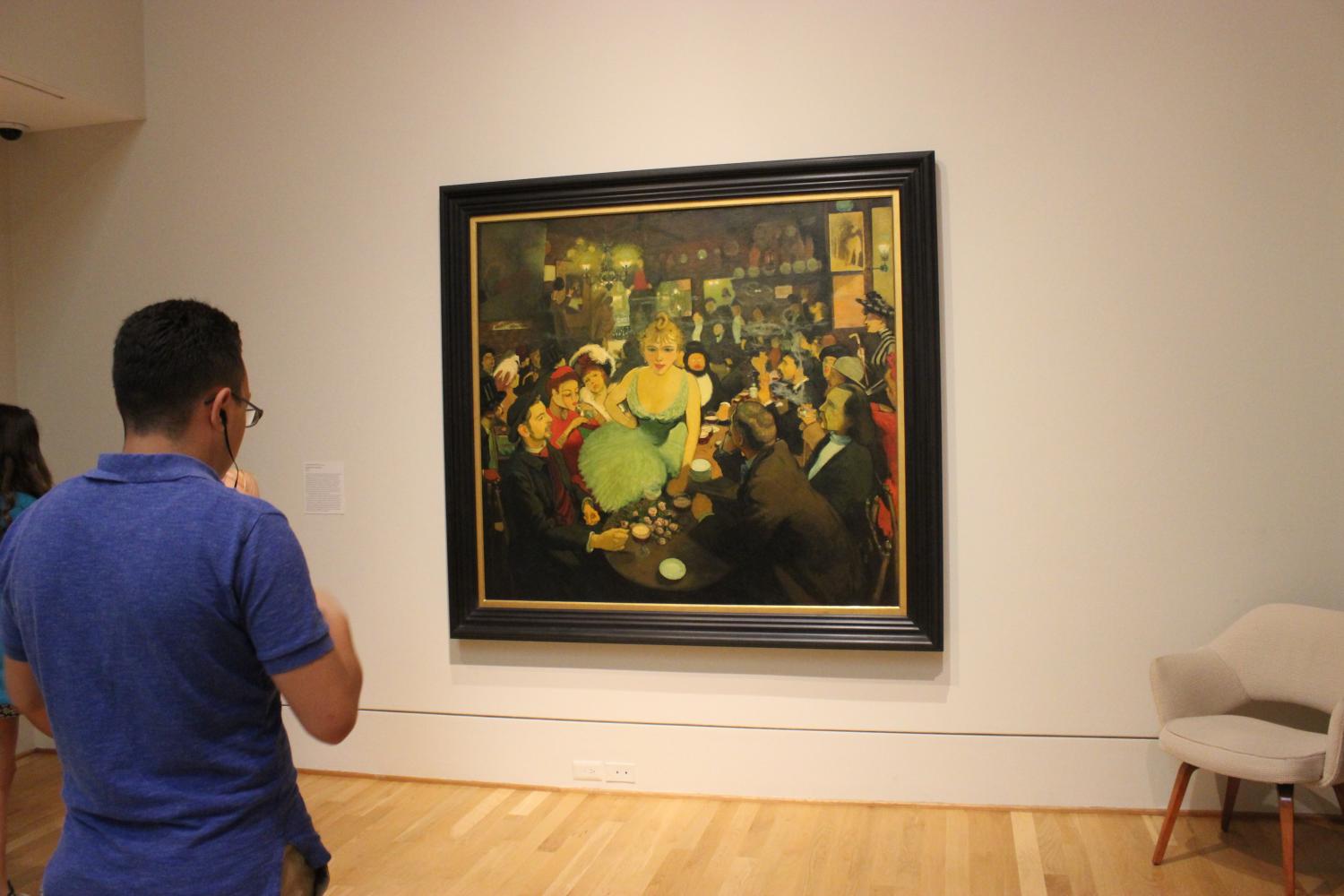 On Friday, April 21, thirty French 4, 5, and AP students travelled to Washington, D.C. for their annual end-of-the-year field trip. Headed by French teacher Dan Fitzgerald and a parent chaperone, the group took the Metro to The Phillips Collection, a museum of modern art located in Dupont Circle.

There, they visited the exhibition “Toulouse Lautrec Illustrates the Belle Époque,” and afterwards dined at the French-style bistro L’Hommage for lunch.

The exhibition, only on display for a limited time, premiered in February and is scheduled to close by the end of April. It features a collection of lithographic works from renowned French artist Henri de Toulouse-Lautrec during the belle époque, or “beautiful age” of France in the late nineteenth and early twentieth century.

The trip is planned differently every year. In 2016, students grabbed a breakfast of croissants and other French pastries at the PAUL bakery, toured an exhibit of French works located in the National Gallery of Art, and enjoyed crêpes from a food truck in the museum’s outdoor Sculpture Gardens.

Senior Anna Ustun has gone on the field trip both years.

“[The museum] was nice because it was different than other larger museums and there were more interactive things that you could do like drawing,” Ustun said.

Fitzgerald first started taking his students on the trip over ten years ago, and since then it has become a yearly tradition.

Planning and organizing the event is a lengthy and paperwork-loaded process, which includes securing a restaurant and museum, collecting students’ forms and payments, and finding parent chaperones to supervise as well.

“I would estimate the total time to be fifteen or twenty hours of prep spread out over several months,” Fitzgerald said.

As for what he wants his students to gain from the experience, Fitzgerald hopes they can learn something and, overall, just have a good time and relax.

“I think seeing art in a museum and eating at a French restaurant helps make the culture a little more real. I can tell that some students are inspired by art, and for them, it’s an opportunity to look harder and think deeper. For other students, it’s more an excuse to get out of school for a day and do something different . . . I hope they come back a bit more refreshed, and having learned something in the process, even if they don’t realize what they’ve learned.”