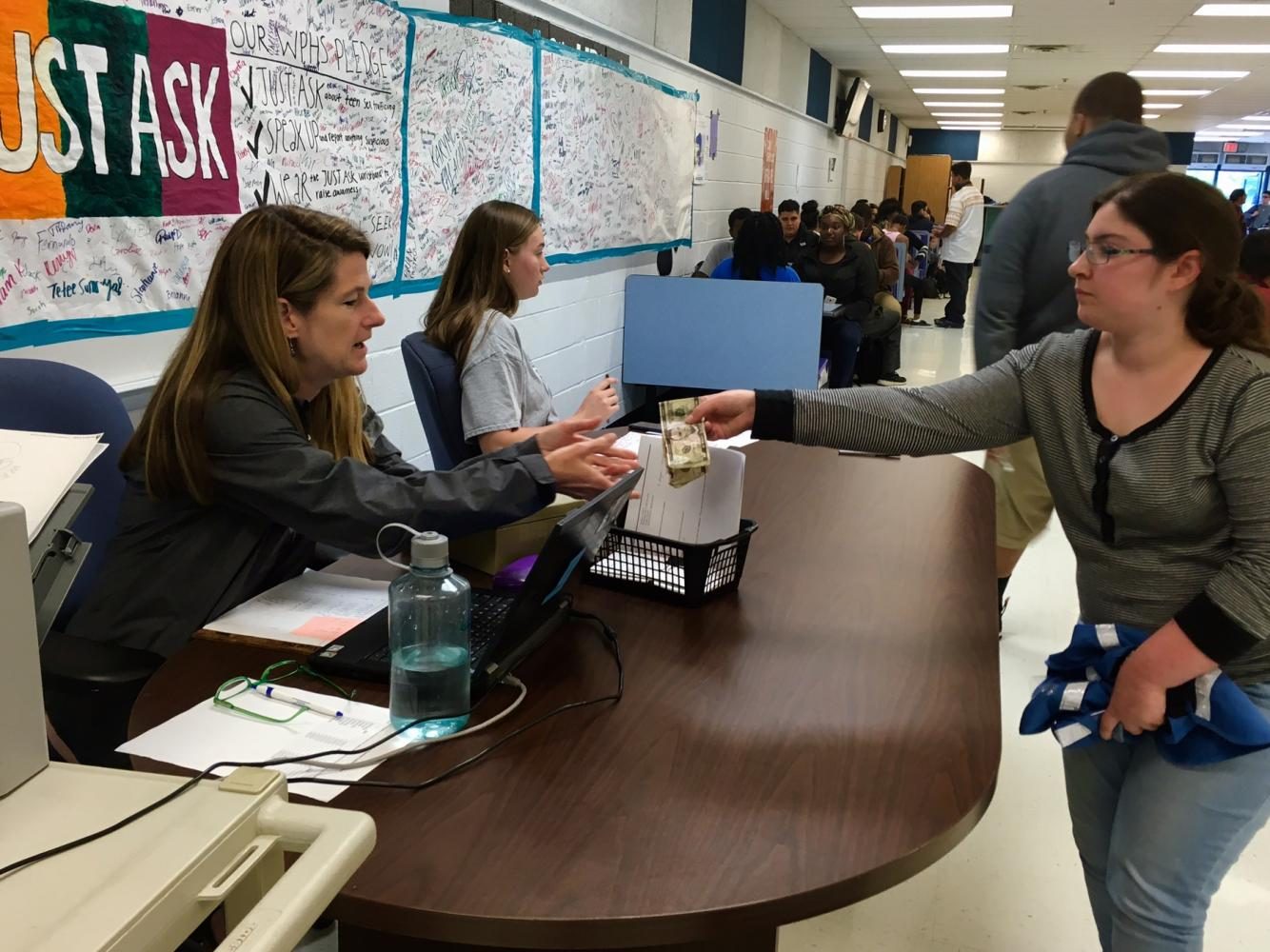 Most West Potomac seniors are looking forward to graduation, but their hopes might be dashed by unpaid obligations. Over 700 letters were mailed home this year informing students of obligations they have left unpaid. Financial assistant, Mrs. Katie Savage of the West Potomac Financial Department, has the responsibility of making sure all fees are paid by students.

“I do deposits, because we collect a lot of things at West Potomac for field trips, class fees, or any other time there would be money going through,” Savage said. “I prepare the deposits twice a week and anything else Ms. John might need help with.”

Ms. John is the head of the financial department. As financial assistant, Savage helps Ms. John to make sure every fee is paid and each responsibility is taken care of.

“There are different kinds of things [students have to turn in],” said Savage. “There are specific senior dues, which are through the senior sponsors, which cover things like the cap and gown. The obligations are separate, and they are as a result of fees that should have been paid that aren’t paid yet, like an overdue bill.”

For example, if a student was given a textbook and they forgot to turn it in last year, then there would be an obligation to pay for that textbook. If seniors do not turn in all necessary fees (aside from the senior dues), events in the future are affected, such as purchasing a prom ticket or participating in graduation.

“It might be hard for some people to pay,” Savage said. “However, these are bills that were due earlier, so if someone turned in all their textbooks and paid their class fees when they were told about them, then they would not have an obligation.”

Fairfax County has also acknowledged that paying may be difficult for families.

As Savage sat in the lunchroom accepting fees, a student came up to the table with money in hand.

“Are you still accepting money?” the student said.

Savage put the money into the cashbox and recorded the paid fee on her computer. She has been accepting money in the lunchroom for the past weeks now–so seniors, if you want to walk across the stage on June 21, take care of your obligations!