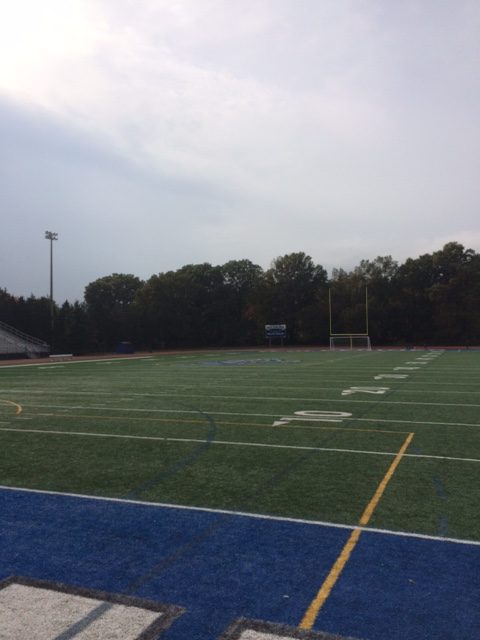 Last Friday’s football game against Westfield High School was a nailbiter. The final score of 21-14 marked a loss for West Potomac. The team put up a fight and the score was tied throughout most of the game.

“They are right up there with the elite teams we play this year: Centreville, Madison, Lake Braddock, and Hayfield,” Head Coach Jeremiah Ross said. “Westfield is right with the rest of those teams, maybe just a little better than those guys.”

With their conference record, Westfield was sure to be a challenge. The way the teams are set up this year, the top teams would play the other top teams, indicating that West Potomac has had a good run.

The West Potomac football team practices just as hard each week, going over film and preparing for the next game. The team was prepared for a big turnout for the match against Westfield.

“It’s not an end-all be-all, we’re still in the fight to win, lose, or draw with the strength of the schedule,” Ross said. “This game goes a long way in securing a playoff position.”

The team has moved past their loss and are now preparing to beat Mount Vernon this Friday–playoffs could still be ahead for the Wolverines.