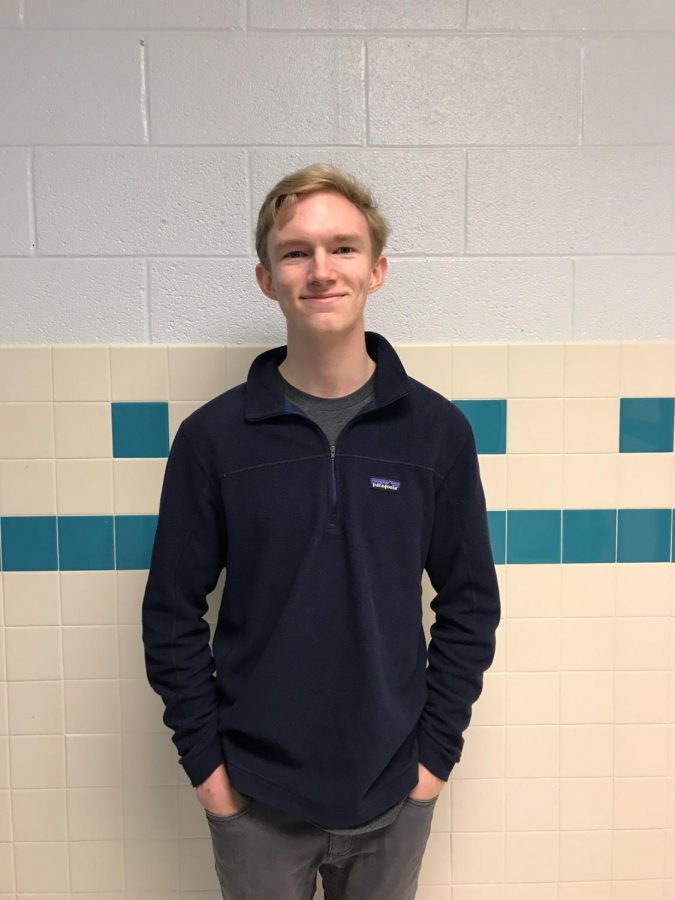 “I climbed for the first time when I was really young, probably around eight at a birthday party,” he said. “A couple years later I did a summer camp at the same place, Sportrock. After that, they kind of just roped me in. They said ‘Aw man you’re so good at rock climbing, you should join our junior team,’ so that’s what I did.”

His climbing skills have developed since then. He has taken countless courses and learned different types of climbing. In addition to climbing there, Zippel has worked at Sportrock for almost three years now. He coaches, teaches basic classes, and occasionally works at the front desk. When he isn’t working, he’s training.

“A lot of the training is just rock climbing and that gets your hands stronger and more used to the wall,” he said. “We do a lot of cross training as well, because you can get injured if some of your other muscles aren’t as strong.”

Training is important for Zippel because he competes. To do well in the competitions, he must be physically prepared.

“I have done almost 30 competitions now,” he said. “I got second place a couple months ago and first this past weekend in the ropes competition–that’s where you have to go as far as you can on three 30-50 foot climbs. My goal this season is to make it to Nationals.”

The ropes competition isn’t Zippel’s only area. He just recently started learning speed climbing, in which the goal is to get up the wall as fast as possible.

“I’ve been doing the other types of climbing like regular rock climbing for a long time, almost eight years,” he said. “I just started learning speed climbing this year. It’s a lot smaller of a discipline and requires more explosion.”

Bouldering is another type of climbing in which no ropes are used to protect or aid the climber. It’s very strength-dependent, and a climber won’t be successful if they can’t support their own weight.

“Bouldering is probably my favorite,” he said. “It’s usually on the short, 10-15 foot walls, with the big mats on the ground, so if you fall, you just fall onto the mats. Bouldering is probably also the hardest type because so much upper body strength is required and you don’t have a harness.”

Rock climbing isn’t common among high school students because it isn’t a school-sponsored sport. However, the sport is gaining popularity.

“Rock climbing is now officially a sport,” Zippel said. “Climbing will be a sport in the 2020 Tokyo Olympics!”