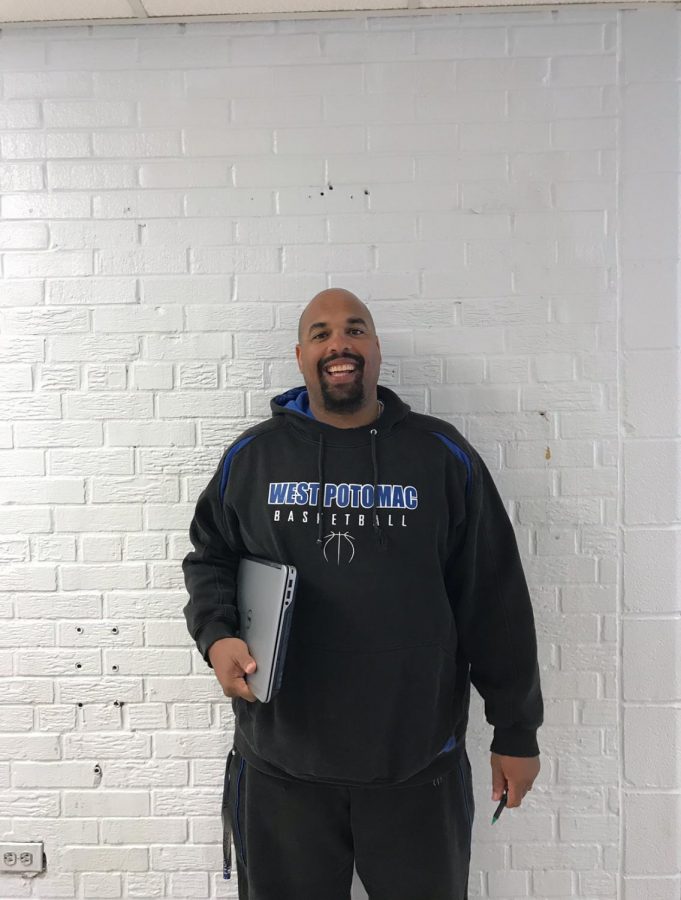 Mr. Tyrone Strother has been a physical education and health teacher at West Potomac for 16 years. He was an athlete throughout high school and college, which has pushed him towards his current career. His initial inspiration came from his high school PE teachers.

“My PE teachers in high school were my football and basketball coaches, and they always seemed to be having a good time,” he said. “When looking for a job, I thought about what I wouldn’t mind doing and I decided to give the occupation a try.”

Although being a PE teacher has worked out very well for him, there was a process to finding a job that worked. Before being a teacher, Strother worked at a shipyard as an electrician.

“I worked as an aircraft electrician,” he said. “I got the job from the Apprentice School, which is founded and operated by Newport News Shipbuilding. I did not enjoy the job at all, and it made me rethink my career path.”

Strother went to The Apprentice School to play football. It was a chance for him to get out of his small town, and a chance to play competitive sports at the next level.

“Playing football in college was eye-opening for me,” he said. “I thought I was the best, and I quickly found out I was not. Everyone there is all-conference or all-region or something prestigious.There are no scrubs in college.”

Even though football at the collegiate level was hard, and the shipyard job wasn’t right for him, Strother learned a lot of useful lessons from both of the experiences that he uses when teaching.

“Both [experiences] were influential,” he said. “I learned how to work with people, and how to cope when things don’t go exactly as planned. On the shipyard you would have to come in on time and try and get the ships out and ready on schedule which taught me the importance of being punctual. Football is the ultimate team sport and taught me dependability and the value of teamwork.”

All of these events have led him to this teaching job that he loves. He is very supportive of all of the schools’ sports teams, and has taken after his high school PE teachers and coached football and basketball.

“I [used to] coach football at the school, and I had an undefeated Jv football team. I [also] had a 13-3 JV basketball team, and now I am the assistant coach for varsity.”

Strother found the perfect career for him by following his passion: sports. Now he has a platform to inspire the next generation of student athletes.