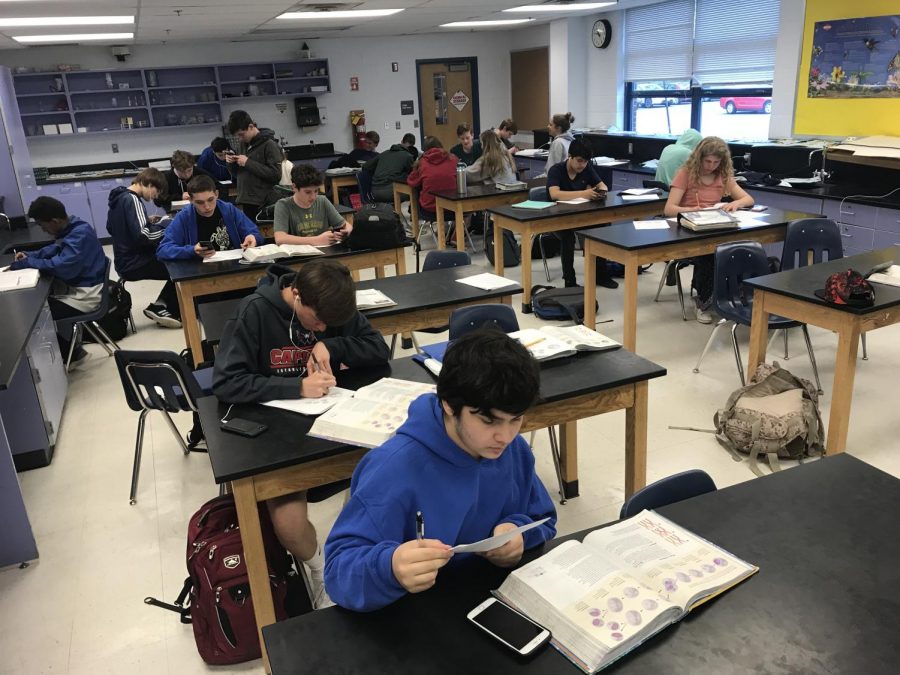 Freshmen are getting ready for the freshman science fair on June 6, a requirement for honors students. They have been working on the projects since February and planning since the beginning of this school year.

Freshman Cambria Watwood investigated the effect of different drugs on the regeneration abilities of Planaria. It took Watwood about two weeks for the whole experiment and she seemed happy with the way her project was going.

“I started around mid-March, worked on it during spring break, and checked up on the growth,’’Watwood said. “I’m getting it turned in on time!”

Although some students were able to work on their projects during spring break, some weren’t. Freshman Lux Ray’s partner was on vacation, so she had to wait until after spring break to start her project. Ray and many other students working on the science fair are working with brine shrimp, which can take up to three days to hatch, and eight days to mature. The process of hatching has been difficult for many students.

“My science fair project is going okay, except for the fact that a couple of our brine shrimp are dead,” Ray said. “I think we should’ve had better conditions for them to hatch correctly.”

Ray believes that she has enough time to perform her experiment even after spring break, but the difficulties with the brine shrimp in the experiment is making her regret her choice.

“I wish we chose elodea,” she said. “Brine shrimp takes too long to hatch.”

Freshman Victor Melendez hasn’t started his project yet, but he believes he will be done in time. Melendez knows his science teacher has been more lenient than others and has given his students enough time to complete their projects.

“The people in my group and I procrastinated a lot,” he said. “We’ll be rushing, but it won’t be that bad.”

It was recommended that students use one of four materials: brine shrimp, Wisconsin fast plant, elodea or planaria in their projects. Most students found this guideline helpful when coming up with project ideas.

“It simplified what we had to do and made the process way easier than the past years of science fair projects,” Melendez said.