Confusion swirls around a senior privilege that was once a West Potomac tradition. 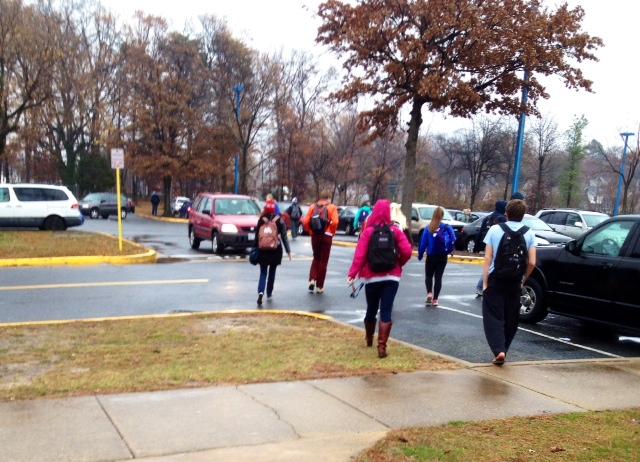 I have noticed that being dismissed early is frequently a senior privilege at high schools around the country. This common perk allows seniors to leave school a few minutes earlier than the remainder of the students. The exact time and how many days they are released early varies, depending on the school. In past years, at West Potomac, seniors have been granted the privilege to leave ten minutes before the final bell on Fridays. This year seniors are being allowed to leave five minutes before the bell, but also only on Fridays.

Why aren’t seniors awarded with the ability to leave early every day, and not just on Friday?

Making this a daily occurrence would not only be a great privilege to have, but would also have many benefits for the school as a whole. I previously attended a school that released their seniors five minutes before the bell every day, therefore I can firsthand vouch for the benefits.

Out of a plethora of perks, the most important one would definitely be being able to get to your car and out of the parking lot faster, thus beating the traffic caused by bus departures and the large group of non-senior drivers. Senior Frank Keat agrees: “I want to beat the traffic.” Not having to stress out about being the first one out of the parking lot or having to “speed-walk” to my car would be a big relief.

Not only would leaving early be beneficial for seniors, it would also be beneficial for the remainder of the West Potomac population. With the seniors already released, freshman, sophomores, and juniors would be able to glide through the halls after school with around 530 fewer students. The lack of crowding from seniors would result in less pushing and shoving as the remainder of the population departs from school.

Seniors leaving early every day is a win-win. We would leave the parking lot earlier, and other grade levels would have less students to deal with at the end of the day. Although it may be too late to implement a daily early dismissal for the Class of 2014, it’s certainly something that should be considered in years to come.