Info Pocket: A Podcast for the People 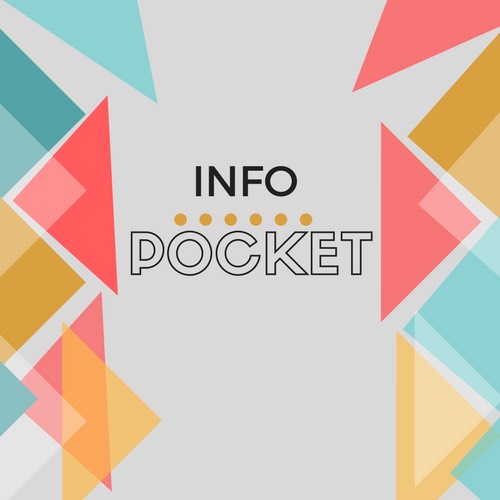 Juniors Austin Houck and Ian Allum have started their own podcast, Info Pocket, designed to be an unbiased news source that students can turn to for information. The podcast is in the process of becoming an official West Potomac club and is sponsored by publications adviser, Whitney Huntington.

“We discuss how perspectives can be changed, how people have a different side to each story, and how there’s no set rules and no ‘who’s right and who’s wrong,’” Allum said. “We encourage people to listen to our podcast to form their own opinions and be aware of what’s going on in society because a lot of people don’t know. It’s very revealing how ignorant our minds stay when we aren’t knowledgeable about certain topics that are very important.”

Houck quickly seconded his partner, but also views it as a teen-specific outlet.

“That is the main goal, obviously,” he agreed. “But I also kind of view it as an experimental thing for our school. We hear news from adult points of view all the time, and especially with all the stuff going on in Parkland, we were like, ‘why don’t we try to give people an outlet for that?’”

“I thought about it for three years and I finally came up with this idea and I was like ‘oh cool, we can do this,’” Houck laughed. “The informal reason is because I like to talk.”

He isn’t the only talkative one. Allum admitted that he had a YouTube channel for two years, averaging a thousand views.

“I’d been posting scary stories on there and I’d have this voiceover,” he said. “I kind of got inspiration for the podcast because it was really easy for me to do it; it was easy for me to express my voice, express that story, and make sure everything was laid out on the table.”

Allum values the auditory component of podcasts as a form of media.

“If they like the sound of your voice, it correlates to how they take your news and how effectively they listen to you,” he said. “It’s all about psychology.”

Houck agreed, but had hopes of expanding the outlet.

“Having a human voice to associate what you’re receiving with is trust-building 101,” he said. “If we got enough people, I’d like to have companion pieces in writing because then we could give more people information, and that would be cool.”

The partners envision their podcast as a blend of facts and opinion, but the intrigue of hosting debates between people of differing views drives their main goal of bringing more people into the club.

“Our original plan was that we would do a bunch of stories and towards the end of the podcast we would have an opinion piece and a debate on that,” Houck said. “Obviously, like we were just talking about, it’s nearly impossible to do with just two people, which is why we are hoping more people will join–that’s our biggest hope.”

When preparing for an episode, Houck and Allum decide on relevant topics, do their research, and write up a script for the podcast.

“It’s mostly sticking to the script,” Houck said. “We do have little conversation. I think with more people it’ll be easier to have a discussion. With two people it’s much more difficult to–”

“–have that open dialogue all the time, unless it’s really something you can discuss easily.”

So how do these two decide on which stories to cover?

“We basically meet every week–every Friday actually–and we discuss which topics are more relevant at the time,” Allum explained. “We research that certain topic and we decide whether it’s good or bad for the podcast, how long we would be able to discuss this topic, and if it really questions people’s minds and brings people perspective.”

They aim to connect relevant topics into one cohesive theme for the episode.

The podcast’s purpose is to provide people with a whole image of the world’s happenings, complete with differing viewpoints. Houck believes that saying an opinion is wrong “alienates half of the people listening.”

“People don’t always know what they want until it comes out of someone else’s mouth,” he explained. “Let’s say I’ve never been able to explain quite why I’m for or against this thing and then someone starts talking about it and I’m like ‘Yes! That’s what I was looking for!’ That’s why I think it’s really important to have all the different things whizzing around.”

Houck dreams that more people will be able to find information for themselves.

“The main mantra is that we hope to render ourselves useless,” he said. “‘You give a man a fish, he’ll eat for a day. You teach a man to fish, he’ll be fed for life.’ I think it’s the same with being informed. You can inform people every day in a 24 hour news cycle, and you could just be like ‘yeah sure, just keep giving me the information’ or you can abandon that and go out and find it for yourself. The ultimate goal is to achieve that second thing for as many people as possible because as long as people keep being complacent with the information they receive, our democracy can’t function at 100% capacity.”

But how do people find information for themselves?

“When you read, for example, stuff about China, you have to realize that it goes through many, many filters,” Houck explained. “First, their press is probably screened a lot, and then it has to get interpreted from Mandarin to English, and it’s all about translation because things can be translated so differently–you see it in the Bible, you see it everywhere else. And then it’s translated from that to all the different news sources trying to make it fit their agenda. Going and trying to piece together your own truth and as much info as possible… unless you have the resources to go to that province in China that they’re talking about and take a tour of whatever place it is, the best course of action is to read as many things as possible.”

This is what Info Pocket aims to do: provide that wide array in just one place, so that the listener can have as full of an understanding as possible. But the podcast can’t realize its goal without more members.

“We’re hoping someone will take up the mantle because we’re about to get ready to be seniors,” Allum said. “We really want this to last and we hope this school can really utilize this club to voice their opinions. Teens have a lot of opinions nowadays–who’s going to hear them?”

Allum has a clear view of the podcast’s future.

I see this podcast being used as something students can go to when they’re confused about a certain subject or they don’t really know what’s going on around the world and they want to find out by themselves,” he said. “In the end, they’re just informed, and they make their own opinions. Hopefully they can use what they know to promote the idea that we should all just have this discussion. We don’t always have to yell at each other to get our point across. We can just be happy and figure out how we can debate in a good way where we don’t have to alienate each other.”

So why should students join?

“If you like to hear yourself being recorded…” Allum joked, getting a laugh from Houck. “No, I think this would look really good on college applications, especially when you’re applying to schools that really promote the idea of open discussions and debate.”

The juniors aren’t naive about college applications being a motivating factor for high schoolers, but they know that the true value of the club lies elsewhere.

“You would know how to debate when you’re around people that you disagree with,” Allum said.

“The most important reason why someone should join our club is because most people, including Ian and me, are about to turn 18 and be able to vote,” he said. “Not only is it a good skill to have, but it empowers people. The people in office right now want to maintain the status quo because that’s how they keep getting reelected. It’s up to people on the outside to say, ‘ok, things need to change’ and then they have to convince enough people onto their side. You are only able to do that if you know what you’re talking about. [Politicians] want people to be informed enough to say ‘this guy is okay’, but not enough to challenge them.”

Allum acknowledged that In the end, Info Pocket is about the availability of information.

“It’s just an experience that would benefit you greatly when you finally understand what’s going on in your world.