WestPo Becoming A Can of Sardines? 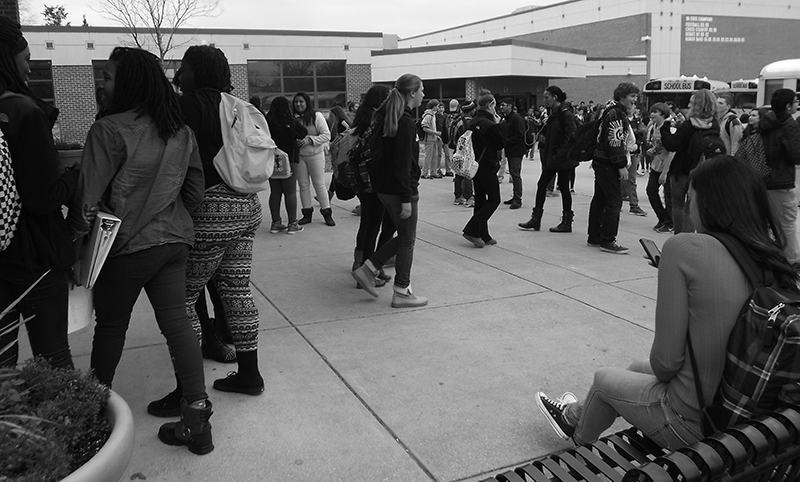 The freshman class of 2017 came roaring into the halls of the school with nearly 700 students, the largest class thus far according to school enrollment records. For many students, the hallway crowds make it difficult to get to class on time in the seven-minute class transition time allowed between periods.

“It literally takes me five minutes to get out of the math hallway traffic when I’m trying to go from Gunston to Quander. When I finally get through the massive traffic, I have to run to class with two minutes remaining,” says junior Kate Roddy.

When asked about the measures taken this year to accommodate new students this year, Assistant Principal Alex Case said “two new trailers have been added to make sure there are enough classes for all students, and that new members have been added to the staff, mostly teachers.” But, he added, West Potomac is not likely to receive any more trailers next year nor will it see any new construction any time soon to alleviate the overpopulation problem.

A handful of classes have exceeded more than 30 students — the county’s preferred class size is between 25 and 28, depending upon the subject area. Some subject areas have had additional sections created to handle the overcrowding: English teacher Colin O’Grady teaches an extra AP English Literature class in addition to his normal five-period class schedule.

With even more significant growth expected over the next five years, Garza and Storck indicated that school boundary studies in the South County would likely be undertaken to improve better utilization of student capacity available at other high schools not faced with overcrowding, like Mount Vernon and Hayfield.