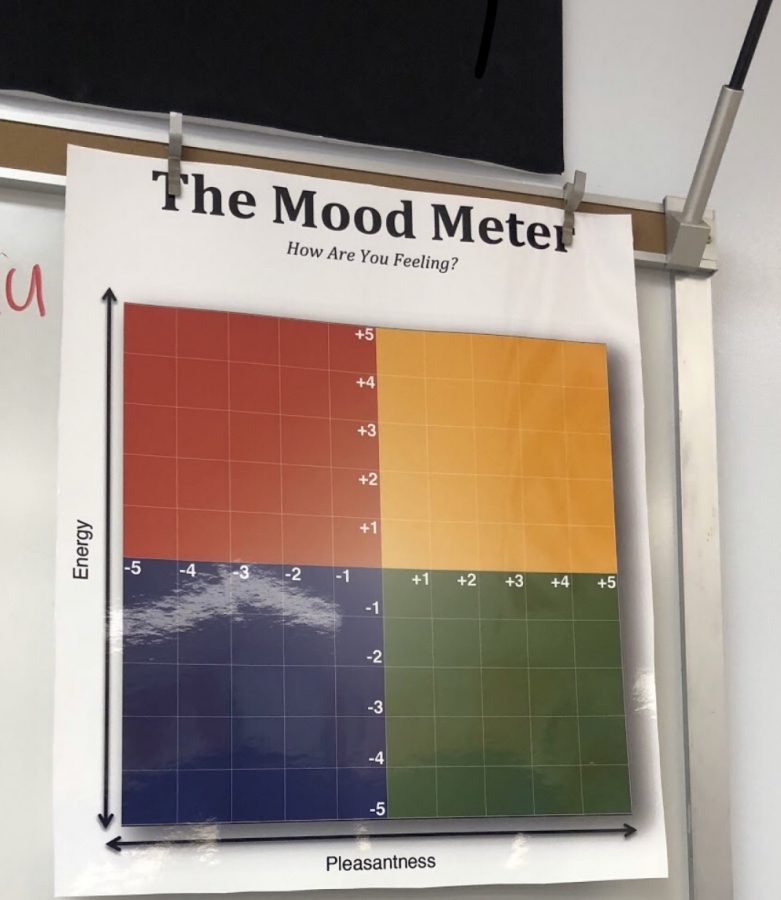 This year, school administrators at West Potomac High School introduced an “Emotional Literacy Curriculum” to advisory. These lessons are intended to focus on “building relationships,” according to Mr. Kevin McMahon, director of student services. “What I think the goal of that is to really create conversations and share information that we think will be beneficial in all aspects of life.”

This year, West Potomac is one of five Fairfax County High Schools who have implemented the Emotional Literacy Curriculum, according to McMahon.The other schools include Centreville, Falls Church, Fairfax, and South Lakes, he said. The lessons consist of instructional videos and worksheets which are meant to teach students how to solve real life problems and talk about their emotions.While the point of the lessons is to help students, according to McMahon, “Many students don’t understand it.”

Last year, student’s used advisory as a time to do homework and relax. To many, this is still the case. According to Steven Mackall, eleventh grade, “[During Homeroom] I do homework, or I like to chill.”

To many students at West Potomac, the advisory lessons seem ineffective. “I don’t think it really helps,” said ninth grader Grace McGee, and according to Ashlyn Mejia, eleventh grade when asked if she found the lessons helpful, “No, it’s a waste of time. I could be using my time for homework.”

Many of the students have suggested changes to the advisory schedule. In fact, the Student Senate discussed changing the advisory. When asked about what was brought up regarding advisory Elisa Matson, one of West Potomac’s 10th-grade student senators said, “They made us write down a ton of things we want to change and we basically all wrote ‘advisory’ .” However, no specific changes have been voted on or introduced yet.

One of the largest issues the students have with the Emotional Literacy Curriculum is the implementation of the Mood Meter and the lessons involved regarding it, according to McGee. The Mood Meter is meant to give students a way to express or place how they’re feeling, and the lessons are meant to give students a way to understand the way their feeling and ways to overcome according to the administration.  However, according to McGee, “They’re [the Mood Meter lessons] more based on, like, you should have this answer on how you’re feeling or you should have this feeling.”

While there are some people at West Potomac who dislike the new advisory lessons, there are people that believe that the advisory lessons are beneficial. “When I found out we had homeroom, I was actually really excited,” said Ms. Kelsey McGlynn, an English teacher at West Po. According to McGlynn, “The purpose of homeroom is to build a sense of community.” She tailors the lessons for her homeroom class. “I do most of the lessons probably 50% to 75% of the way they’re initially presented to me. And the other 25% to 50% is just what actually makes sense to me, what I think the kids will actually respond to, what jives with my personality” McGlynn said.

“There was a lot of misunderstanding of how advisory’s going to work for the year,” said McMahon. According to McMahon, this misunderstanding began with having a lesson every advisory the first two weeks of school. This led to the belief in the student body that now, instead of having time to work on homework like last year, their time would be occupied by lessons during the advisory period for the rest of the school year.

However, the school administrators have released an advisory schedule which details what the advisory schedule should be moving forward. The first advisory of every week will be used for lessons, whether they be Ruler Lessons or other activities the administration assigns. The second advisory of the week will be a student choice day where students can relax and work on homework or visit other classes. The third advisory, if there is one, is reserved for activities, like a pep rally, the activities fair, or other events. Another reason for advisory is to give students an adult in the building that they can go to with any problems they may be having. According to McMahon, “The idea I think behind the lessons, behind advisory, is building relationships. Building relationships with people in the building, so we can do all that, we can support all of you.”

The student services team released a somewhat of an introductory video October 16th because of the misunderstandings surrounding the purpose of advisory. The video included many student misperceptions about advisory one being that the lessons are supposed to take place every class. The video also revealed the actual facts of advisory, like the fact that the lessons only take place the first advisory of the week. The school administration also sent out a document which introduced the added movement period. During the movement period students can go to different classes during S-periods. However, to be able to participate in the movement period, a student has to have a pass both from the teacher they’re going to and the S-period teacher they have that day. In addition, an S period visit can be denied by either their S-period teacher or the teacher they want to visit, according to McMahon.