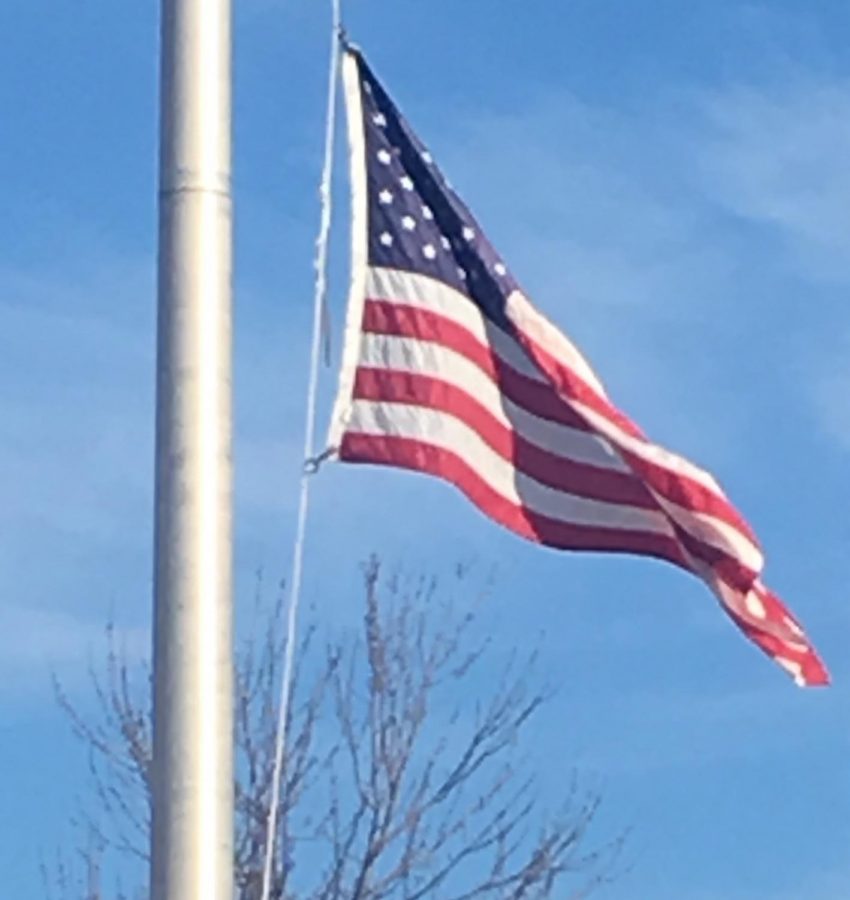 Last month, 3 students won cash prizes—$500 in all—for poems that they wrote for the Veterans Day celebrations at West Potomac High School. The contest was created by the Travis Manion Foundation, which is a national organization focused on uniting and strengthening communities as well as creating role models, according to their website.

“[The Travis Manion Foundation] Thought it would be a great idea to add an artistic side to the festivities,” according to English teacher Robert Holloway, who collected poems for the competition from the students. This year was the first year that the poetry contest occurred during West Po’s Veterans day celebration. According to Holloway, “[The contest] was an exercise that was fun and helped boost the morale of the community.”

The three winners are: Ryan Bowers, 10th grade, first place; Sabit Alam, 11th grade, second place; and Victoria Santos-Blanco, 10th grade, third place. The winner of the contest won a cash prize of 250 dollars.The students who finished second and third took home 150 dollars and 100 dollars, respectively. “The cash prize was an incentive…I feel like most of [the students] felt that it was important, they felt like they could write about the topic, and I think definitely the cash prize was an incentive as well,”  said Holloway. According to Alam, “The prize money was really good so I would do it [the competition]”

When asked why he entered the competition Alam said, “One of my best friends’ mom is a veteran and she’s always been the nicest person I’ve ever met.” According to Santos-Blanco, the third place winner, “I like writing so I thought it would be a good opportunity.” Bowers said he entered because, “It’s for a good cause, it’s for Veterans Day, they’re people who served our nation and sacrificed for our freedom.”

According to Bowers, there was a rubric given to students which detailed possible prompts for them to use in their poems. The poems were graded by a panel of judges, which included veterans and teachers.

“I imagine [the competition] will happen again next year,” said Holloway. However according to Alam, “I’d say there’s definitely a stigma about writing poetry in that it’s super angsty so if anything, instead of having a contest of sorts it should be, maybe guest speakers should just talk poetry and something like that would be slightly better.”

According to Holloway, the best part of the competition was, “Definitely the discovery of three brilliant poets. Or that poetry is a beautiful thing, the idea that kids were able to get their works published.” The three winners had their poems, gave permission, to the Mount Vernon Gazette to publish their work. So those are in the paper right now.

For those who sacrificed themselves for our great nation

For the soldiers young and old

Who fought for our freedom, brave and bold

For those who paid the ultimate price

To keep our nation a paradise

All of those who answered the service call

While we were home watching TV

They were in scenarios we would all certainly flee

To think of those who fought for the greatest cause

For the soldiers who

Kept on fighting to protect the red, white, and blue

For the men and women who fought for our rights

And continue to fight through days and through nights

those who fight for the common name

Without them, our country wouldn’t be the same

And remember the unsung heroes who deserve our respect

That deserve all of our pride

Those who have served on land and in sea

In order to keep the United States free

Like the first time she remembered to come home, hands outstretched:

but the cold stayed, pierced.

It froze the world into silence,

stinging deafness after a gunshot.

Papa’s fiery laughter, the warmth of his smiles: they’re gone.

Flames extinguished by the rain.

The two of us a lonely funeral,

lost in the flood of mourners.

Lined up against the wall,

fingers pressed to the fogged-up silver

searching for the familiar shape of an R, an O, an S —

bundled up in coats, oblivious to the biting wind,

all in the name of searching for a name,

What’s in a name?

Sometimes too much to be bared:

too much to explain why our third plate at our table is always empty,

too much to offer recompense for the years of missed Thanksgivings, Christmases, Easters…

— No too much to be held in three words.

Too much to be held.

Tomorrow, it will have been thirteen years since Papa first took me to the Wall.

We go every year.

I’m always sure to leave flowers for her,

just under her name.

She walks with her head held high,

Never going to drop it.

Her black hair, darker than a night sky,

Curl down her back into cascading waves.

All for my own good. She was my first love, First arms I hugged,

First person to wipe my tears. She’s everything.

Everyone treats her as if she is their servant,

Not knowing the pain she’s going through to cook. Every single night.

She started out with nothing and built up her way to everything.

Her mother brought her to America to escape from

Gang violence in her own neighborhood.

All she had was her husband and a three-year old girl,

A girl who was oblivious of the pains in life.

A girl who she will protect so that she won’t have to suffer as much as she did.

She was going to be a lawyer.

Have a bright future.

About to be first in her class.

She left so she could have money to pay for her brothers’ education. Because to her, they were more important.

Now, she does everything so that her little girl can reach the dreams she was never even allowed to make.

They never see her cry,

Though her aching joints make it harder for her to even work.

She’s an immigrant, and even after 13 years

She is still made fun of because of her accent. She doesn’t seek revenge,

She prays for them, so that they can learn to not be ignorant and realize that

Some people don’t have everything handed to them.

Some people actually have to work hard to get somewhere.

She wanted to be a lawyer.

She settled for a kindergarten teacher. “I love my job.” she says.

I know you better than that. I’ve known you forever. She says that she’s satisfied,

But her eyes tell a different story.

Her mindset, her perseverance, her words. The make the perfect verdict.

We get by how we can.

We may not have much, but we are happy.

She shows me how to be kind,

How to have courage,

How to ignore racist comments and just get by the school day without talking back.

But most of all she doesn’t know how to give up.

All of that is what makes her

The only person I would ever want to be my mother, that’s what makes her