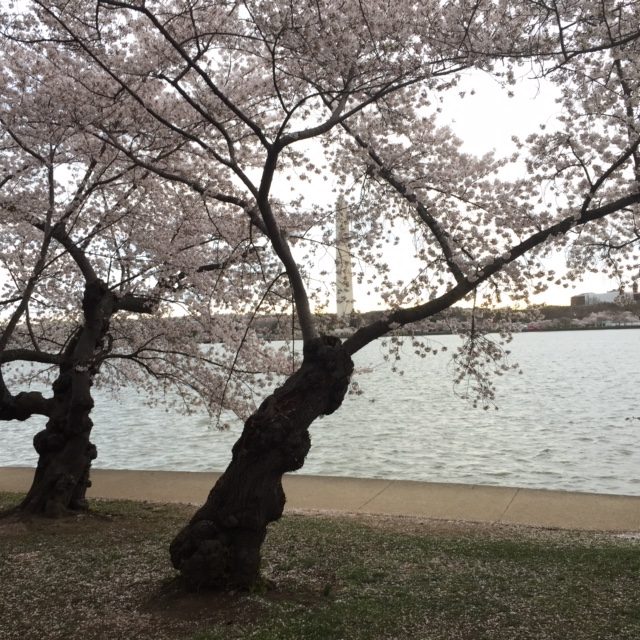 Pictured is the Cherry blossoms last year in full bloom along the basin.

The 2019 National Cherry Blossom Festival kicks off its celebration in Washington D.C. on March 20th and extends through April 13, which is the period which the Cherry Blossoms are predicted to bloom within. The festival commemorates when the mayor of Tokyo City, Japan gave Washington DC 3,000 Cherry trees as a gift on March 27, 1912 to mark their friendship. The Cherry blossoms are found on the walkway leading to the Jefferson Memorial and Tidal basin in Washington D.C.

The National Park Service predicts the peak of the Cherry Blossoms will be between April 3-6. The bloom time differs every year, because of aspects like temperature and rainfall. When the weather is unusually warm or rainy, the peak bloom can appear as early as March 15th, and high winds can result in the bloom to abruptly end.

West Potomac is about 20 minutes from the Jefferson Memorial, where the Cherry Blossoms are, but even with the close proximity, there are plenty of students have never witnessed them in person.

Sophomore Savanna Culver is attending the festival for the first time this year. “My grandparents are in town and they like to do fun things in DC when they come, so they really wanted to do this because the weather would be nice and the music and the culture behind it. I think it’s a good thing to go and spend some time with my grandparents,” she explains on why she is going this year.

Culver emphasizes why she has never been by saying, “I don’t really go into DC that much; there’s not really anything that makes me feel like I should take the time and money to go, but having my grandparents in town has really pushed me to go and try new things.”

But for others, going to the Cherry Blossom festival has been a family event since they were a kid.

Sophomore Alison Cooke has attended the festival for years with her family, saying, “I used to go all the time when I was younger to look at the trees and flowers, and I loved it. I remember we would always have picnics under the blossoms and they were really pretty.”

According  to Cooke, “My best memories that I have is when I was little my dad used to lift me up on his shoulders to look at the pretty flowers because I was too short to get as close as I wanted to them, and when the wind blows, some of the cherry blossoms would blow around in the wind and its so pretty to just watch”.

Between waiting for the Cherry blossoms to bloom or visiting them during peak bloom, there are concerts, festivals, and parades throughout D.C. to spend time around. Here are some of the events you will not want to miss:

Every weekend within festival dates: Welcome Center where? and concerts

Friday, April 5th: Blossom Bash by IHeartRadio: The Anthem at the Wharf