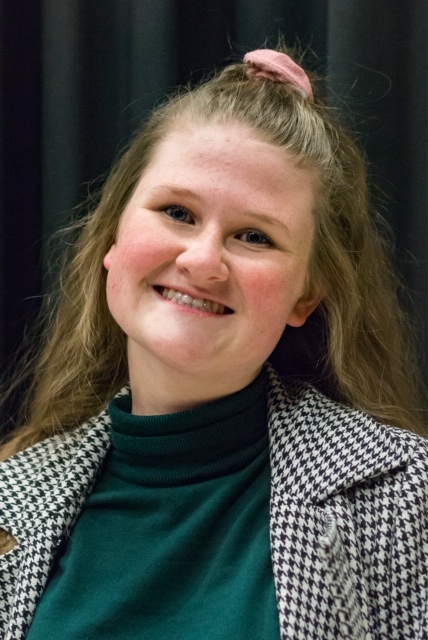 West Potomac Senior, Christine O’Hara, brought home the Jacinta Marie Bunnell Journalism award for commentary for her perspective piece on gun violence, “We were fine-until the fire alarm went off.” It was published by Youth Journalism International in March of 2018, and she earned the award on April 29th.

“I wrote this piece because I wanted to speak out about gun violence, and writing was the best way that I could do this,” O’Hara explains her purpose of writing this article. Her piece describes the days and weeks after the Marjory Stoneman Douglas High School shooting in West Potomac. More specifically, the unannounced fire drill shortly after the Stoneman Douglas shooting. “We were all going about our daily routine and we were relaxed, not worried about anything besides our grades and what to do about our crush. Simple things. Until the fire alarm went off.” (See link below to read the full article)

Surprisingly enough, Christine O’Hara is not a member of West Po’s Journalism or Yearbook classes, writing this article independently. “I have thought about taking journalism, but since it’s my senior year I just ran out of time,” she explains.

O’Hara was not expecting to win anything with her article, saying, “I was really surprised when I earned this award because it had been a really long time since I wrote it and I had no idea it would have such an impact that it would receive an award.”

Christine is now a Junior Reporter for Youth Journalism International, and plans to continue writing for them in the future about things that she is passionate about.

Link to her article on Youth Journalism International:

We were fine – until the fire alarm went off