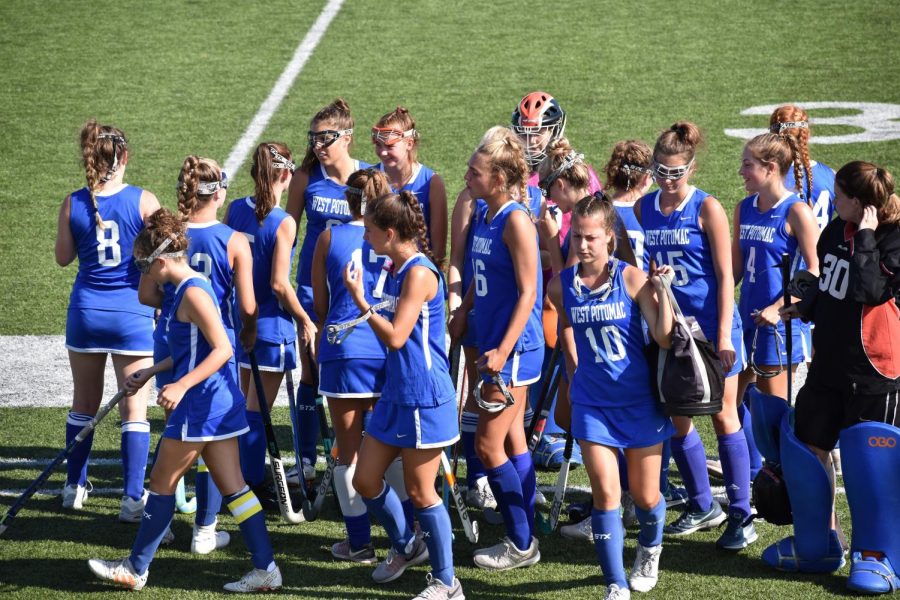 Last year's Field Hockey team, which won districts, will the girls go back to back? (Photo Credit: Annabella Mason)

The Varsity Field Hockey team is one win away from their second straight district finals appearance; but to get there, they must go through the Hayfield Hawks.

“This would be our second straight district title, we are making a name for ourselves in field hockey throughout not just our district, but the entire Northern Region” said Annabella Mason, West Po junior and varsity midfielder, on how much it would mean to win the district championship this year.

The Hawks will be a tough out, though; Hayfield comes in winning four out of their last five, according to their website.

“We plan to play the same way, we had success the last time we played them,” said Head Coach Dana Hubbard. The girls take on Hayfield tonight at 7:00PM.