Portrait of a Wolverine: Annie Terwilliger 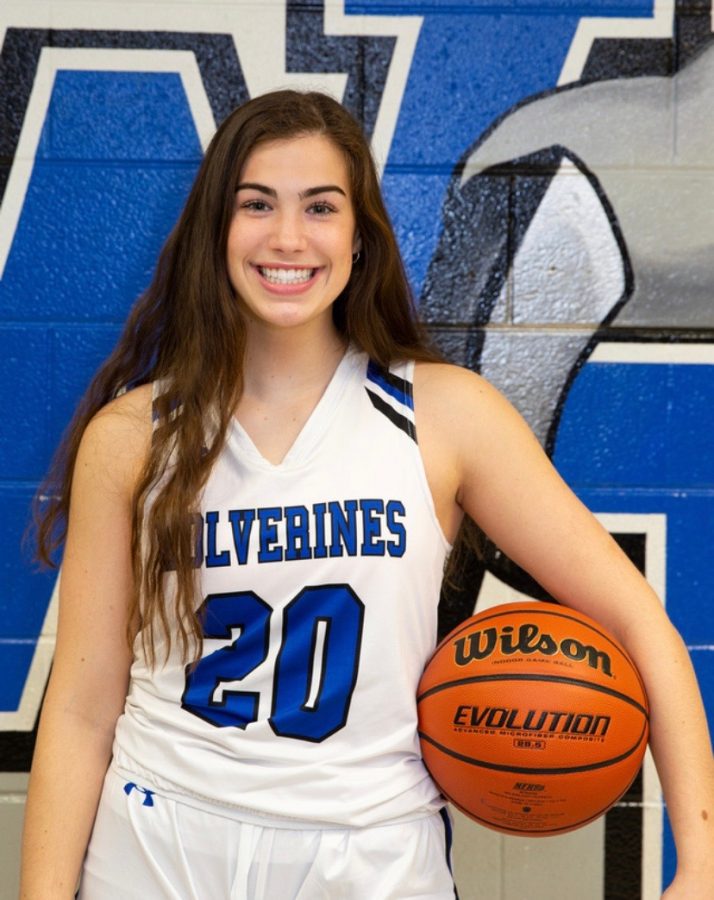 According to Terwilliger, basketball will be a part of her future, but academics will be important, too. She “When I got to 9th or 10th grade, I started thinking more about my academics. Then by Junior year, after I got hurt, I thought about how in college I would rather focus on the college experience and my majors.”

One of Terwilliger’s favorite memories of her basketball career memories happened off the court in her Junior year, after a tough loss against rival T.C Williams. After the loss, the team was feeling down during practice the next day. As they were all practicing the coach walked in and said,” Let’s go out for lunch.”

The team bonding “raised our team’s spirits after that loss that hurt our team.” Terwilliger also felt that it was, “Good team bonding,” as they just sat there and joked and had fun while eating lunch.

Another one of her favorite memories was the summer camps the basketball team takes part in every year. “For the Team camp, the second one was at JMU and I rode with Coach Joe, Danae, Tyler Mackey, and Caroline Eby. The ride there and back showed me how I liked that team and how it felt like a family.” After the team camps freshman year, she made the JV team. “I immediately clicked with the team,” she said.

Terwilliger’s biggest role model is her father. “I probably look up to my dad the most because everything that he has taught me was to have a positive outlook, and I sometimes don’t because I get down on myself and he has always told me to not worry about what others think and to do what you believe and what you love and to not worry about that and I think that’s an important thing.”

High school has also had an impact on Terwilliger. “I’m really happy to have met all the people I have and to be on such great teams with amazing people. ”I learned from my coach to enjoy every moment. Like the second you’re stressed, the next day you realize it’s not a big deal. If you fail a test, you retake it. You should definitely enjoy every moment because the friends you have now, you might not have them later.”

As of the morning of January 31, West Po’s girls varsity team is 13-6, is ranked 16 in the DMV, according to NOVAHOOPS.com. The last regular season game for the girls is February 7th and then the playoffs begin.