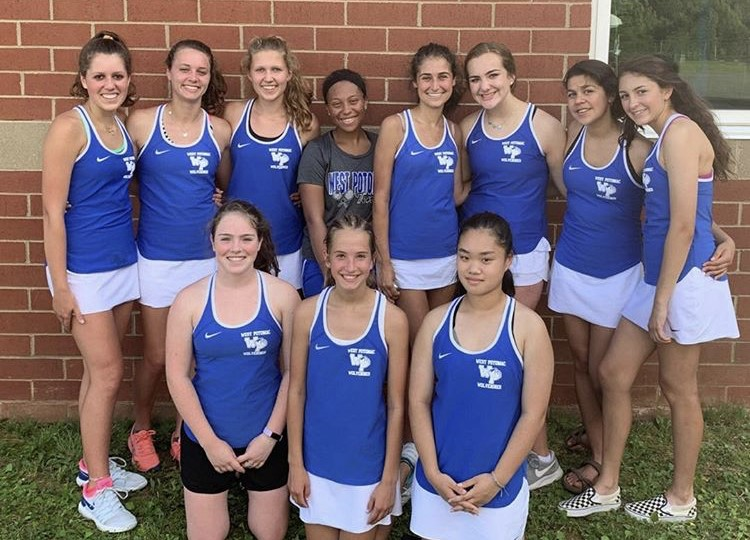 The tennis team at West Potomac is coached by Mr. Jeffrey Levy and it has been his fifth year coaching varsity. Previously, he’s coached tennis for three summers at Bullis Tennis in Potomac, Maryland. It is currently his second season with assistant coach Ms.Morin. “Teaching the sport to students brings me happiness when I see growth in the abilities and character of athletes. I have seen many athletes overcome setbacks to emerge as stronger athletes and, ultimately, stronger people.” the main thing that people should know about tennis is that “many people who haven’t played tennis don’t realize how much mental game tennis can be. Attitude and mindset are paramount to success in training for and playing matches. Tennis can be as much against oneself as against an opponent. For me, “playing tennis in high school and college taught me many valuable lessons about habit formation and mental toughness that are part of my everyday life even today.” The best memory coach Levy has with this season, “the team has very strong captains. I have several memories early this season in which captains and other non-first players helped those new to the team. I like it when my players practice empathy and learn by helping others. This helps the team become more Unified, which pays off in close matches. The way Coach Levy describes teaching “so when students are learning a sport they really need to find out what works for them so there are certain basics that students need to know for footwork and for the strokes but a lot of it is through trial and error to see how students could hit effective strokes.”