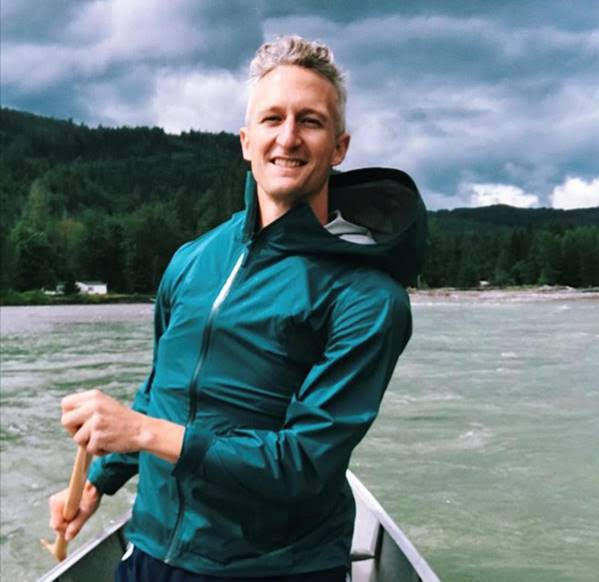 New science teacher Peter Bakke begins his first year in a virtual environment, coming from across the country in Seattle. This is a not-so-new area for Bakke, as he began his formal teaching career in Fairfax County, at now John Lewis High School in 2013. But before that, he had a unique start to teaching.

“I started my teaching career in outdoor education, I worked for a company in Maine doing trip meetings and backpacking, canoeing, camping that type of thing, more of an informal environmental aid,” he explains.

After Maine, he traveled to Seattle and taught at two schools there for 3 years, then finally back to Fairfax County because his family lives here.

“I’m happy to be here in the same county that I started in, so some familiarities in a weird year.”

Bakke went to college at Davidson and studied biology. Davidson is a small liberal arts school in North Carolina, but popularly known as the “Home of Steph Curry.”

“He [Curry] was a couple years younger than I am but we did overlap,” Bakke said. “One of my best friends to this day was on the basketball team, so I saw him at barbecues and hung out a few times,” Bakke explains.

Away from school, Bakke is all about the outdoors. “I have a pack raft, which is like an inflatable kayak, and I like to try and get into that and paddle anything as much as I can, as well as hiking.”

He majored in biology, but was not always settled on teaching it.

“I chose biology because I love it, but I wasn’t career directed in my major choice. I was open to different ideas about working with biology. For my younger years I wanted to be a marine biologist, and in college I was considering ecological or any life science.”

Being a new teacher beginning virtually has been challenging, with meeting other teachers in person being restricted. “It’s harder to make those friendships right now so it’s just professional relationships, but everyone seems nice and helpful. Bakke joked that his goal for this year is “survival’, but he is excited to teach 3 sections of Oceanography this year. “I’m trying to try different things and push my practice a little bit with that sort of as an experimental ground and hoping it might be a jumping off point for different practices as I grow in that.”

Although he has never experienced a “normal” school day at West Potomac, Bakke has nothing but nice words for the Wolverine community, saying “I’m getting a lot of warm feelings, really nice people, and good community so I’m a fan.”