The Mayoral Race Taking Place in the Outlands: What You Need to Know 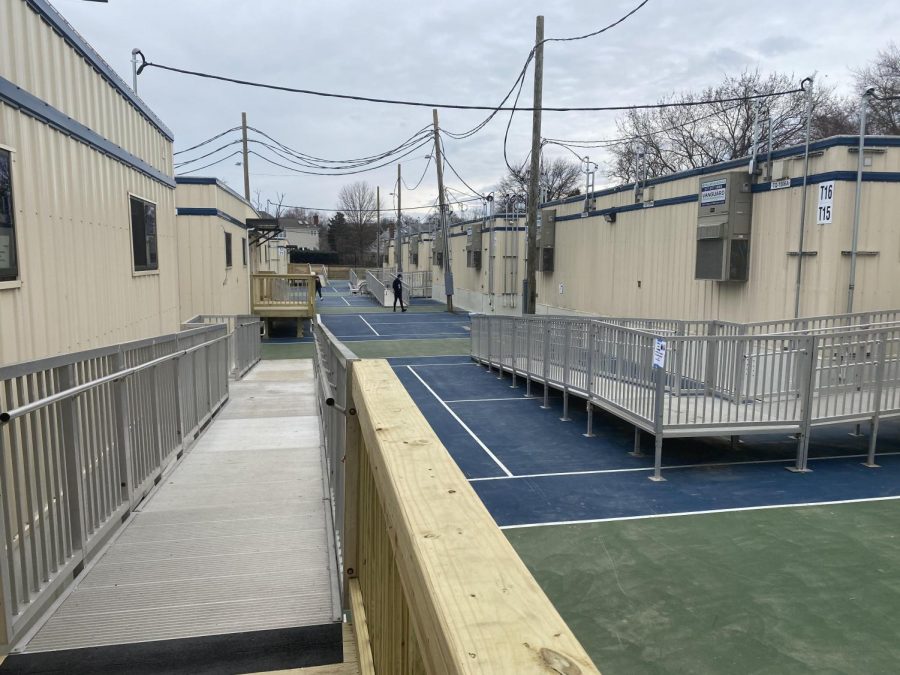 Much like the trailers themselves, a political competition has sprung up in the so-called “Outlands” otherwise known as the new trailers on the tennis court. The competition for the title of mayor is between Ms. Kelsey McGlynn and Mr. George Coe, who teach English and History, respectively.

The race began following the relocation of a large number of classes from upstairs Quander to new trailers on the tennis court to make room for construction to begin. At the moment, the election has been planned for mid to late March, but there’s no specific date and not much else has been determined.

“[I’ve been] in trailers for four or five years, so I’ve had some great experience in trailer learning. Now that we’ve moved over here it’s a huge village and it requires a lot of experience,” Coe said about why he was running.

McGlynn, having been in Quander before the relocation, has promised more connection between the trailers and the main building.

“I think for too long we’ve had a group of people who are overlooked at the school, and I think as someone who’s recently been in the building—so having experienced sort of both sides of things and really being fully aware of all the things that people outdoors are missing—I felt that it was only right to stand up and advocate for my peers,” McGlynn said.

In addition, Coe has promised golf carts if he wins the mayoral race. These carts would be for the teachers to drive, but can take students to and from places if they need to. According to McGlynn, there are problems with that promise.

“I think [the promise] was rather unfortunate because if you ask me, do we really need another male American politician spending a lot of time on a golf cart. What we need is someone taking charge, not sitting down and spending their weekends galivanting about,” McGlynn said.

The “weekend galivanting” refers to the weekend tours of the Outlands that Coe is offering as part of his campaign, and his administration if he’s elected.

“There is something new everyday. This is a huge village with over 24 trailers so there is a lot to explore,” Coe said.

According to McGlynn, if she’s elected her main focus will be the aesthetics of the Outlands.

“There have been numerous studies on the importance of the aesthetic environment on the mental effects of those on the environment…I have already devoted myself to multiple projects to improve the look, feel, and therefore the overall wellbeing of those in the Outlands, starting with my first project, the Fred and Ethel Memorial Park,” McGlynn said.

According to Coe, this ad and other attacks ad like it are “fake news” and that the photographs have clearly been doctored.

“I’m kind of with Michelle Obama [regarding the ads], when they go low I stay high,” Coe said.

According to McGlynn, her PAC is responsible for these advertisements, and none of them—negative or positive—are attributable to her.