Since Trailers Are Taking Over the Tennis Courts, Where Did the Tennis Team Go? 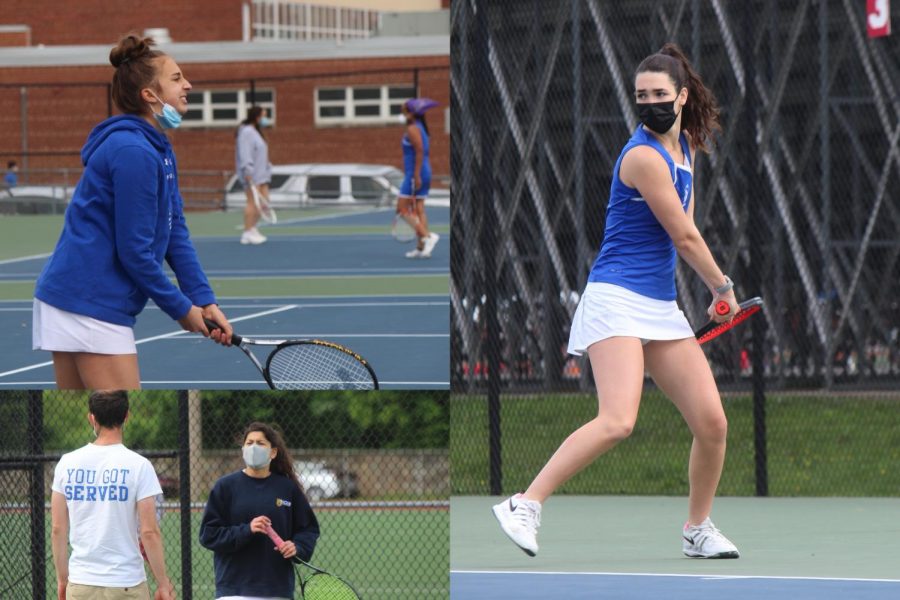 As many students and staff at West Po know by now, trailers have been moved and added to the campus as construction and in-person learning gets underway. But, some of these trailers were placed on the tennis courts, which has caused the tennis team to move elsewhere.

On where the team now practices, junior Kailey Wong explains, “On school days, we’re registered to practice on Sandburg courts and on Mondays and Saturdays we have Mount Vernon courts.”

The courts are somewhat similar, but compared to West Po’s, Sandburg has some drawbacks. “Sandburg’s courts aren’t really ideal because of the cracks in the pavement and other stuff that just isn’t conventional. I think it’s really sucky how there’s trailers on our courts, but some people prefer in-person learning so adjustments had to be made,” Wong said.

As expected, West Po’s tennis courts are preferred,  “I like the West Po ones because they are more convenient to travel back and forth from” Junior Yujin Oh said.

But ultimately, the change in court location hasn’t had a huge impact on the girl’s tennis season. They have a record of 4-1 so far, and the girls comment that the season is going well. “I don’t think the change in locations has affected the season at all, because since we got used to playing on different courts, we aren’t uncomfortable playing in away games,” Oh said

This advantage has allowed the team to win some away games, but how they practice, and not where they practice, is also proven beneficial. “Practice changes from time to time. Sometimes we work on specific areas to improve, other days it’s just casual games we play against each other.” Wong adds.

Despite their impressive record, the team has significantly less games than previous seasons due to COVID-19 and the VHSL sports schedule that was put in place. “I think the season is going as well as it can be since it’s cut shorter than usual—it just feels rushed,” Wong says.