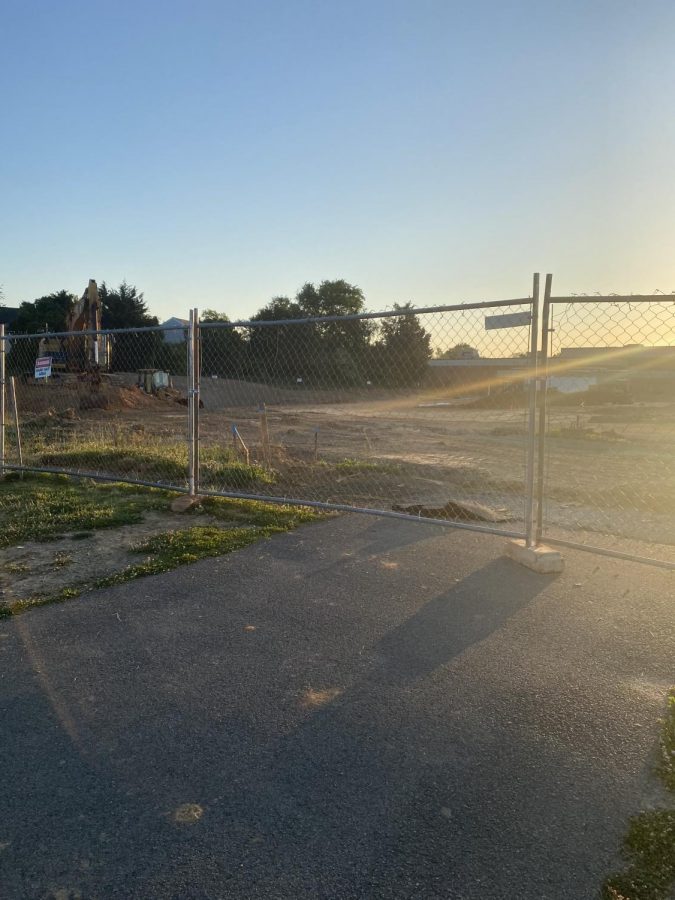 Construction is ramping up at West Po over the summer. The construction crew will be working on the extension, rerouting the circle around the rock, and putting in the new connector between the Quander and Springbank buildings. However, this may cause problems for the community and the students who want access to the school over the summer.

“Whenever a school is going under this level of renovation, they maximize the work that they can get done over the summer by kind of shutting down the school’s access for this summer,” Ms. Tanganyika Millard, the West Potomac principal, said. For most of the summer the West Po campus will be on a sort-of lockdown. 12 month employees will still have normal access, but any other movement on campus will be very limited. There aren’t going to be any activities scheduled over the summer. Things like in-person summer school courses are being moved to Bryant High School.

The campus will still be open for school sports, when it is time for them. Mr. Helmick, the Director of Student Activities, and the school administration are coordinating with the construction company in order to ensure that tryouts and sports practices are still able to occur at West Po, for the most part at least. Tennis is going to be without a home until the new tennis courts are put in by the baseball field. There are also not going to be any camps for the community, like field hockey or basketball for younger kids in the area. However, West Po sports will continue during their official seasons. “There may be times when we have to find another way to work out because of closure because of some of the construction piece, but as of right now we have not been told any dates, currently, where we wouldn’t have access,” Mr. Helmick said. There may be some interruptions in the season, but for the most part sports at West Po should continue much as they have.

For the most part, West Po is going to be shut down to the community for the summer. School sports like football will most likely still be able to have tryouts and games at the school, but impromptu workouts will be extremely difficult to schedule on such a short notice, so they may have to move off-campus. However, with prior warning and scheduling, sports will be able to continue using the fields without too much difficulty.