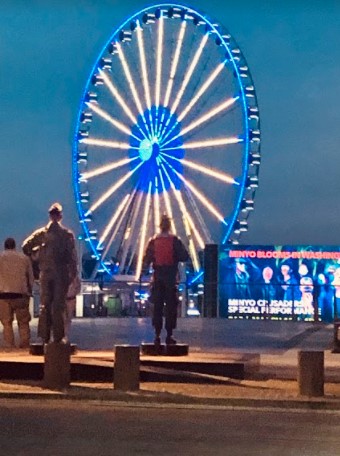 Various local sites have been lighting up to show support for Ukraine in their conflict with Russia. For instance, the George Washington Masonic Memorial now glows yellow and blue at night, and the Anthem in DC also turned its logo to match the colors of the Ukrainian flag. Even places of worship like the National Basilica in DC are showing their support as well. Perhaps the most impressive display is the Capital Wheel in National Harbor, which can be seen from across the Potomac River. The Ukrainian-themed lights have been up since February 27, and a spokesperson for the wheel states that they will stay up “for the immediate future.”

The support is not just limited to the DC area though. Across the world, landmarks and buildings including the Eiffel Tower are also participating. This comes as it has been almost three weeks since Russia’s invasion of Ukraine on February 24.