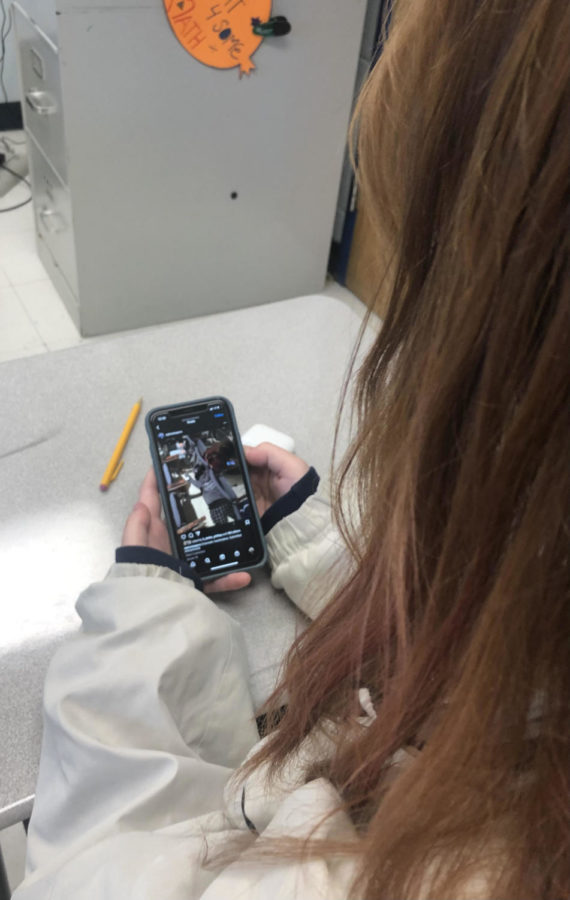 A fad has been sweeping the school, in the form of anonymous Instagram accounts. These accounts are usually based around a theme, where pictures of students are submitted by typically anonymous photographers and posted by the account holders.

This trend may have originated from “West Po the Game,” a clue-based scavenger hunt that took place over a few weeks at the school, run by junior student Aaron Nelson. The account originated with a horrifying video of Nelson being kidnapped and struggling to breathe. From then on, clues about how to get to the eventual $100 prize, supplied by Nelson himself. The clues were posted to the account’s story, as well as the finders and ultimate winners of these clues.

The game was interesting for the creator. “It’s like watching ants,” Nelson said in October, regarding the participants. “Crawling around in their farm.”

From there, various accounts sprouted up, from the usual “tea” accounts filled with sometimes false anecdotes about teachers and students from the school, to West Po Sleepers, one of the most popular of the themed accounts. West Po Sleepers invites students to submit photos of other students taking naps during the day. A theme among these accounts seems to be a general criticism of the subjects. The posts are almost always making fun of others. From “sleepers,” to “posture,” and even to “lesbians,” the themes of the accounts are not connotatively positive.

The owner of West Po Sleepers, who remains anonymous, disagrees, “[I saw] the idea on TikTok a while ago, but I never really thought about making an account until I saw how many people would sleep in every single one of my classes, so I thought ‘Well let’s see what would happen.’ It immediately got so much attention… so I find that really cool.”

And the owner of another account, WP Bathroom Shoes, said: “[We’re] not doing this to bully anyone. I think all of these pages just do it for fun. School can sometimes be a boring place for some people, and maybe seeing your friends shoes be posted, or seeing someone you know get posted sleeping might just make your day.”
The online photo accounts with students acting or being embarrassing is causing concern among the student body. “I feel like I’m always being watched. I feel fear. I feel like the second I put my head down, cameras will be flashing,” Christofer Degen, junior, said.

Nelson had a different take: “I personally think it’s had a pretty positive impact…the WPHS Sleepers or WPHS Mask accounts are both two accounts that really help handle prominent issues right now,” he said in an interview over Instagram. “Sleeping in class and having your mask down are probably issues administrators tackle on a daily basis to little to no success…[students] are actually finding themselves unintentionally encouraged to act better.”