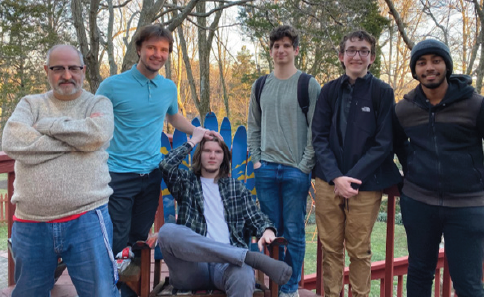 The Ethics Bowl team includes Braden Boling, Michael Carlson, Benjamin Price, Makin Eitel, and Connor Bruce and reached the semifinals at the regionals, which was held virtually this on February 5th, 2022, sponsored by American University.

The Ethics Bowl team is a group of students who study and discuss topics regarding “ethical theories” as described by Kaitlin Cascio, a sophomore at West Po. Unlike debate, the ethics team more closely resembles a conversation or discussion, rather than an argument. Some examples of the cases that are discussed are related to present day issues. Regarding COVID, vaccines, accidental pregnancy, unitarism, etc. At the annual competition, the students selected are split into two teams and have a certain amount of time to come up with a proposal to present to the judges. After the opposite team presents, they switch teams around and the judges then critique. The scores are executed on how well students back up your own ethical theories.

Since the competition this year was held virtually instead of at the University in-person, there were more technological complications. Braden Boling described it to have “less room for communication” and most of the time was spent having technical difficulties within the other schools attending the meeting. When asked about the emotions felt after the competition, Michael Carlson described it as feeling “Brain Dead.”

Three years in a row West Potomac has been one of the final five schools, but this year was able to make it to the semifinals. Watching students grow and becoming “expert ethicists and investigators of philosophy,” has been the best part for Mr. Cadorette, the team coach.

Ethics Bowl is a way to “express your own viewpoints,” Yordanose Moges, an Ethics Bowl participant, said.