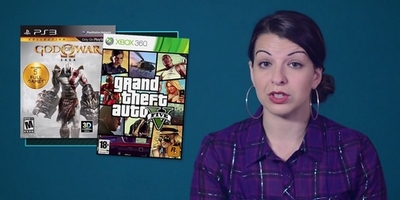 In a previously male dominated culture, women are slowly making waves in the video game world. More girls are playing console video games than ever, and the percentage has jumped from 23% to 28% within the last year alone, a significant 5% jump. In general, female gamers has inched from 46% to 48% since 2010. The ways women have entered the industry aren’t only in players, but in the critique of the culture itself of video games, and how women are being portrayed in them.

Anita Sarkeesian is the leader of this very discussion, running the website titled Feminist Frequency. On this website, she makes videos discussing women in video games, and how mostly, they are sexualized background characters, and how gender stereotypes are continuously reinforced. Sarkeesian also brings up how women are being harassed in video game forums and servers, saying they are yet another unsafe space for women.

The way women are portrayed in video games is only reinforcing sexual and societal stereotypes. Men, are portrayed as big, strong, and dominate are shown in a good light, and the argument that this is negative towards men is invalid. I do not remember a time where being shown as the dominant party was a bad thing. But being shown as the helpless, weak, and oversexualized party, now I can rememeber a time where that was a bad thing. That time is now, women who are only shown as prostitutes and “bitches” in games such as Grand Theft Auto, are only showing the number of very small minded men in video game culture what to expect from women, and that is sex. Men are taught in video games that girls are a reward. Beat the level? You get the girl!

While some people may argue that women aren’t shown in demeaning ways, or that it does not affect women, since we don’t play video games. The latter is simply, and statistically false, if the time was taken to actually look at statistics of girl gamers, this would be well known and accepted. To most men, women aren’t shown in demeaning ways, because they don’t know what demeaning to women is, and they don’t know the impression it is making onto our society of women. This leads to a lack of self esteem, especially from the girls who do not know how ridiculous this culture truly is. This is not to say if you play video games you are an evil person; what it does mean is that you have to be aware of this culture, and the oppressive role it plays on women’s daily lives.